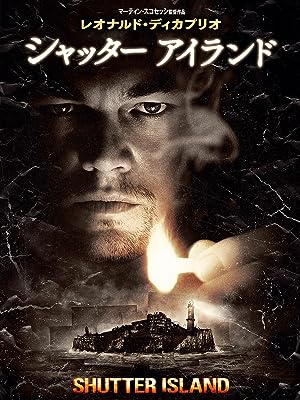 Za09
5つ星のうち5.0 There IS no other version than this 4K UHD with HDR10... PERIOD
2019年8月11日に英国でレビュー済み
Amazonで購入
What a mind trip of a movie. Once again, the 'acadummy' completely snubs Director, Lead Actor, Supporting Actors, set design, production design, costuming, photography, audio, special effects, screenplay, music... you name it, they screwed them all.

The audio, especially in the storm sequences is bumpin, thumpin, and the LFE will make your art work jump off the walls.
続きを読む
違反を報告
レビュー を日本語に翻訳する

dendyver
5つ星のうち4.0 Improved as it progressed
2018年8月6日に英国でレビュー済み
Amazonで購入
The DVD started badly with enforced trailers to other Paramount pictures, and the film started poorly with gross music and a very simple dialogue so that all members of society can understand the premise. After that Scorsese gets a grip and a very entertaining film ensues. Some reviewers have likened it to a thriller version of One flew over the Cuckoos nest, but Leonardo DiCaprio is no Jack Nicholson
続きを読む
1人のお客様がこれが役に立ったと考えています
違反を報告
レビュー を日本語に翻訳する

S. Meadows
5つ星のうち4.0 Myriad madness and mirages
2010年12月13日に英国でレビュー済み
Amazonで購入
Shutter Island is very much the modern equivalent of One Flew Over The Cuckoos Nest. The film covers a wide variety of themes. Most prevalent is the question, "How do I know I am not insane?" But there are also plenty of other areas covered including, inter alia, murder, justice, medical ethics, the Holocaust, McCarthy-eque paranoia and responsibility for one's own actions.

The film is relatively complex and certainly requires a second viewing in order to fully grasp the plot's twists and turns. It all begins straightforwardly enough, though there is a slow descent into a place where things just don't quite add up. The mixture of hallucinations and real life action may be off-putting for some viewers, but not for me. The fact that they are confusing scenes only conveys the confusion in the mind of the protagonist, and not any form of fuzzy thinking on the part of the director.

The casting of the film is very good, as is the acting. DiCaprio's performance is very similar to that which he had in Inception, which I understand was filmed around the same time as Shutter Island. But DiCaprio is only one actor, and one good performance doesn't make a great film. Ben Kingsley's portrayal as a psychiatrist trying to be a pioneer in his field is highly noteworthy, though not in the same league as his acting in Gandhi or Schindler's List. The film is given a sombre gravitas from the presence of Max von Sydow and a rare return to limelight from Ted Levine was most welcome.

So why give this 4 stars instead of 5? Well, the stylisation didn't feel right. Set in the 1950s, it just didn't feel authentic. There seemed to be some 60s influences in there (particularly with the scenes set away from the asylum) and the aesthetics and the vernacular in the script just seemed too up-to-date. The end of the film is bleakly fatalistic, but it is also somewhat deterministic. Given that the fundamental question posed regards sanity, I think the film would have benefited more by an open ending, whereby the story which is eventually revealed is made more questionable than it has been.
続きを読む
5人のお客様がこれが役に立ったと考えています
違反を報告
レビュー を日本語に翻訳する

RoxyFr
5つ星のうち4.0 Mind games galore in this excellent thriller!
2015年4月9日に英国でレビュー済み
Amazonで購入
A real 'edge-of-the-seat thriller' which will leave you spellbound. DiCaprio exudes vulnerability as the Marshall determined to get to the bottom of the mystery of 'Shutter Island' (won't go into detail as it would spoil plot). We see him becoming more and more embroiled in the intrigue, and more and more confused, but determined to find the mysterious Laeddis. His motives for visiting change as the plot progresses; mind games are played and the culmination is an explosive revelation... Watch it to find out! Brilliant.
続きを読む
6人のお客様がこれが役に立ったと考えています
違反を報告
レビュー を日本語に翻訳する