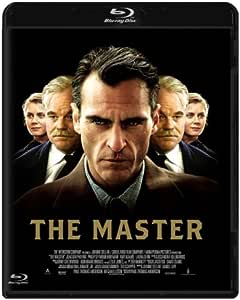 Ben
5つ星のうち5.0 A remarkable follow up to ‘There Will Be Blood’.
2018年10月18日に英国でレビュー済み
Amazonで購入
How do you follow a film that is revered as being one of the best films since 2000? After the magnificent ‘There Will Be Blood’, writer/director Paul Thomas Anderson does so with another mesmerising and absorbing film, that yet again proves that Anderson is one of the best directors working today.

Following the end of WW2, Freddie Quell (Joaquin Phoenix) leaves military service with a penchant for making and drinking his own distinctive brand of liquor, and an aimlessness as to what he will do with his post-war life. After a brief tenure as a department store photographer; which also provides him with the opportunity to create more booze, he ends up on a boat and meets the enigmatic Lancaster Dodd (Phillip Seymour Hoffman). Dodd, as it turns out, is a man of many talents, but also the progenitor of ‘The Cause’, a new belief system that has, reputedly, more than a passing resemblance to Scientology. From this point on it is the ongoing relationship between the two men that the film mainly revolves around, and as it does, the contrasts between the two ebb and flow, stifle and emancipate and comfort and disrupt. Their dance of the wills is observed by all around them, but in particular, Dodd’s self contained wife, Peggy (Amy Adams).

Being primarily a character study, it is one of the film’s many commendable elements that all the actors involved play their roles flawlessly. Johnny greenwood’s musical score compliments the mood perfectly throughout and the cinematography captures the feel of the time periods portrayed. That aspect is all the more evident during the department store photography sessions. Beautifully realised.

It is a brilliant film that also refuses to provide the viewer with a nice and neat resolution. This may frustrate some, but it makes sense when considering the mercurial nature of Freddie’s character, and the journey he takes. In some ways it is sad, yet in another way it is to be expected.

While being difficult for some, it is ultimately a rewarding experience for those who expect more from film, and it is also a remarkable follow up to ‘There Will Be Blood’. Highly Recommended.
続きを読む
7人のお客様がこれが役に立ったと考えています
違反を報告
レビュー を日本語に翻訳する

Diana N.
5つ星のうち5.0 Beautiful and hard
2020年12月22日に英国でレビュー済み
Amazonで購入
In the style of Paul Thomas Anderson, this is a fascinating film with inspiration from the real history of the Scientology Church. The main character is a hard man, difficult to label or to root for, but the story is mesmerising and the cinematography so so beautiful.
The Blu-ray was a German edition with a fully German menu and trailer previews but you can workout how to change the language to the original English for the film. There's also English subtitles available
続きを読む
違反を報告
レビュー を日本語に翻訳する

Brian Kativu
5つ星のうち5.0 Phoenix's best performance.
2020年5月16日に英国でレビュー済み
Amazonで購入
This movie is so misunderstood. Thankfully, I get it! And that's all that matters. Delivered on time and in perfect condition
続きを読む

5つ星のうち5.0 Phoenix's best performance.
2020年5月16日に英国でレビュー済み
This movie is so misunderstood. Thankfully, I get it! And that's all that matters. Delivered on time and in perfect condition
このレビューの画像

Jack Ladde
5つ星のうち1.0 Very disappointing
2018年8月8日に英国でレビュー済み
Amazonで購入
Very disappointing. With such a strong cast I hoped for more. The story line is thin, there's little exploration of the characters' inner lives, and the portrayal of the cult leader is two dimensional. After an hour I was bored, by the end I felt I'd wasted a chunk of my life.
続きを読む
2人のお客様がこれが役に立ったと考えています
違反を報告
レビュー を日本語に翻訳する

jamsta
5つ星のうち5.0 Slow, Suspensful, Provocative!
2016年4月18日に英国でレビュー済み
Amazonで購入
Not sure what to think at first, definitely takes risks and is slow paced. Philip Seymour Hoffman alone makes this worth the watch and money though, I love how unpredictable he is though, there's definitely a lot of build up because you really don't know what's going to happen next as it's unformulaic. Definitely not everyones cup of tea though, my sister left because she was bored. Some people may not be willing to go through the slow set up. It makes you think about which side to take and is thought provoking, which is always good.
続きを読む
2人のお客様がこれが役に立ったと考えています
違反を報告
レビュー を日本語に翻訳する
すべてのレビューを参照します
Amazonプライム会員ならお急ぎ便、日時指定便が使い放題
さらに、映画もTV番組も見放題。200万曲が聴き放題 。クラウドに好きなだけ写真も保存可能。
> プライムを無料で試す