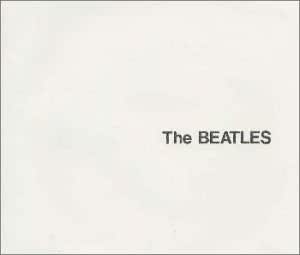 Amazon Customer
5つ星のうち5.0 The best album by the best group ever
2016年12月12日に英国でレビュー済み
Amazonで購入
This was the album that was the first by the Beatles to start showing in a bit more detail that whist the songs were being credited to Lennon and McCartney increasingly the songs were being written individually. As such this makes it a totally fascinating album and let's the fans see the individual strengths that each brought to the table. Maybe as a result we get some of the most underappreciated songs by each of the band. With McCartney we get the wonderful Martha my dear, with Lennon we get the beautiful Cry baby cry and in the case of George Harrison we get his best Beatles song in Long Long Long. The strange thing about this album is how rare it is to hear many of the songs on the radio whenever other songs are played on a daily basis. The album starts with one of its best known songs Back in the USSR and then starts a wonderful journey through so many unexpected twists and turns with Yoko joining in on backing vocals on Bungalow Bill the wonderful strangeness of Happiness is a warm gun. We have McCartney turning it up to 11 on Helter Skelter and one of his most beautiful love songs in I will. It's a truely wonderful album which a times feels like a precursor for the solo albums which only lay a year or two ahead but 38 years on it just sounds like the best album by the best group ever.
続きを読む
19人のお客様がこれが役に立ったと考えています
役に立った
フィードバックを送信中...
フィードバックをお寄せいただきありがとうございます。
申し訳ありませんが、お客様の投票の記録に失敗しました。もう一度試してください。
違反を報告
レビュー を日本語に翻訳する

Dr J Smalhouse
5つ星のうち5.0 The Beatles White Album 1968 original (or remastered, various 2003-2009 Apple)
2014年12月29日に英国でレビュー済み
Amazonで購入
The Bealtles White Album needs nothing to endorse it. This is arguably part of their eclectic best.
But if you can get the original 1968 version, then you may find that there is more base on it than the newer re-masterings.
Also, there are not many things from the sixties that are suitable for the young kids of today to enjoy without parental supervision, or your parental internet blocker from kicking out- but my young kids love many of these songs! "Back in the USSR" and "Ob-La-Di Ob-La-Da" for just two.
An indispensable part of any Beatles collection. Recommend as above.
続きを読む
11人のお客様がこれが役に立ったと考えています
役に立った
フィードバックを送信中...
フィードバックをお寄せいただきありがとうございます。
申し訳ありませんが、お客様の投票の記録に失敗しました。もう一度試してください。
違反を報告
レビュー を日本語に翻訳する

Doot Dee Doo
5つ星のうち5.0 The Beatles!
2016年12月28日に英国でレビュー済み
Amazonで購入
Lots of reviews of this record and that's no surprise. Still fabulous. All of it's brilliant, I like to put on "Birthday" and get The Beatles as a rock band but when does one ever take it off? Such talent, all of it. The only blooper is a stupid CD cover that makes it awkward to take the discs out without the feeling that I might damage them. I'll figure something out.

Squonk
5つ星のうち5.0 Astonishing.
2014年3月30日に英国でレビュー済み
Amazonで購入
The astonishing aspect of this Beatle album is the way it can be so different all the way through and yet add up to a complete whole.
I doubt if there is another album in existence that comes close to it in this regard.

You must be prepared - this album is ALL OVER THE PLACE - and this is the pure quality of it: It's a show, it's a spectacle, in turns catchy, in turns silly, in turns moving and disturbing, in turns angry, in turns affectionate, you decide.
But stick with it over and over and you will not be the same again.

The songs stand alone, but as a complete experience it touches your soul.

Garry B Grove
5つ星のうち5.0 White Hot Restoration of Beatles Landmark Album.
2010年6月30日に英国でレビュー済み
Amazonで購入
How much more can be written about a Beatles album that has been a national treasure since 1968? Quite a bit actually.This is one of my personal all time favourites, when originally released, the purchase price was such that I couldn't afford to buy it initially and we used to crowd around the Dansette of the most affluent ( paper round) member of our group like "A seance in the dark" listening to the album with repeat playing until the grooves were virtually worn out. At that time the Fabs themselves were going through disintegration and to all intents and purposes producing solo material for consolidation into this Double Album set. But what a set it is.
It's gargantuan in it's musical ambition and writing spectrum but when you listen to individual tracks as a microcosm of the entire album, the Beatles have never been more poignant in their lyrical and songwriting composition than they achieved here and acoustically with songs like "Julia" - a Lennon self exploration that equals "A Day In The Life" in sheer spine tingling creative excellence, one of the best tracks he ever laid down which exemplifies the use of acoustic guitar by both John and Paul as more pronounce upon this album than any other and the reflective time spent in Rishikesh, India permeates through the songs "I Will", Mother Nature's Son" and "Blackbird" being other near perfect remastering examples of what is so delightful about this edition.
It is also a very memorable album being the one so wide ranging in eclectic scope as to give George Harrison a shot at his proto " All Things Must Pass" phase, having paid third fiddle to a couple of half decent songwriters in Lennon - McCartney for the previous 5 years, what a fantastic outpouring it released "While My Guitar Gently Weeps" and "Long, Long, Long" providing material that equalled anything his two prolific mates could produce having been straining at the proverbial creative leash internally for a long, long time. The re- mastering quality at work here is just exquisite in re-defining songs that cried out for better production on the original release.
And boy, do the Beatles rock on this album, "Back In The USSR", "Yer Blues", "Birthday" "Revolution" bring out the old Hamburg spirit despite the direction they were taking as individual artists and getting sucked into the legalities of business reality that must have sapped their cohesion so much in the years following the death of Brian Epstein, when the dream was over and the predators closed in.
Lennon was also at his most creative and imaginative peak at this point, the distillation of songs such as "Dear Prudence", "Sexy Sadie" "Happiness Is A Warm Gun" and "Cry Baby Cry" show where his mind was at that time and these musings could not have been penned by anyone other than JWL. His humour also comes across in abundance on "I'm So Tired" and " Bungalow Bill" in that unique form of expression that he gave voice to.
Also the move away from the overtly psychedelic artwork album covers of "Sgt Pepper's" and " Magical Mystery Tour" to the plain white cover design concept, marked a departure from this period to the clearing of the mind resulting from the Indian meditation sojourn that also gave birth to so many of these songs.
As I stated earlier, there has been so much material written about the phenomenom that has susequently become the Beatles myth that it is virtually a printing industry these days. When I hark back to that little terraced house where this album was given that communal listen by a group of mates back in 1968, some of whom went on to join Bands as diverse as the Specials and UK Subs then this album has a lot to answer for.
It's not only brilliant, it's iconic, it's a national treasure and the sound quality of this re-master means it's indispensable to anyone who cherishes it's creation. Improve the quality of your own life and listening experience and acquire it if you can.Then again if you cannot afford it - see if you can listen to it at one of your Buddies
gaffs! Highly recommended in the absolute.
続きを読む
6人のお客様がこれが役に立ったと考えています
役に立った
フィードバックを送信中...
フィードバックをお寄せいただきありがとうございます。
申し訳ありませんが、お客様の投票の記録に失敗しました。もう一度試してください。
違反を報告
レビュー を日本語に翻訳する

Brawny Withed
5つ星のうち5.0 Brilliant Album
2011年12月31日に英国でレビュー済み
Amazonで購入
First of all Amazon delivered the album promptly and the minimal amount of fuss and a great price of £7.99!

The album The Beatles commonly known as the White Album is spread over two disc's and is the most varied of the Fab Four's discography. Each member of the group contributed to the album and you can hear each individual's stamp on their own tracks, Paul (Back in the USSR, Rocky Racoon, Helter Skelter), John (Dear Prudence, Happiness is a Warm Gun, Revolution No.9), George (While My Guitar Gently Weeps, Piggies), Ringo (Don't Pass Me By, Good Night).

Julie, NW England
5つ星のうち5.0 The Beatles: The White Album ...
2018年1月16日に英国でレビュー済み
Amazonで購入
I bought this CD for a friend who says it's tracks are excellent with quality sound, it's his favourite Beatles album. An all time classic. I got the Auto-Rip MP3 version which was a bonus. I find it an all time classic with superior quality sound from the Fab Four Beatles.
続きを読む
1人のお客様がこれが役に立ったと考えています
役に立った
フィードバックを送信中...
フィードバックをお寄せいただきありがとうございます。
申し訳ありませんが、お客様の投票の記録に失敗しました。もう一度試してください。
違反を報告
レビュー を日本語に翻訳する

Mark Willis
5つ星のうち5.0 Good as ever!
2014年3月20日に英国でレビュー済み
Amazonで購入
When you play these today, they still sound fresh. I would only say that this album lacks the consistent quality of their previous albums, but as the Beatles were nearing the end of their time as the Beatles it would be suprising otherwise. The recording quality is amazing. Hard to believe this wonderful sound was recorded in the 60's.
I recall owning the vinyl version when it came out. No idea where it went. I denied myself the pleasure of replacing it for many, many years. Skewed priorities, eh? I feel silly really.
続きを読む
1人のお客様がこれが役に立ったと考えています
役に立った
フィードバックを送信中...
フィードバックをお寄せいただきありがとうございます。
申し訳ありませんが、お客様の投票の記録に失敗しました。もう一度試してください。
違反を報告
レビュー を日本語に翻訳する

Richard
5つ星のうち2.0 Check product ASAP!
2019年1月25日に英国でレビュー済み
Amazonで購入
I love the Beatles. Enjoyed them in Liverpool in the early 1960s.
CD1 of this remake is great. But CD2 doesn’t function at all.
A Christmas present, received in Brazil, in September - now too late to put right.
続きを読む
役に立った
フィードバックを送信中...
フィードバックをお寄せいただきありがとうございます。
申し訳ありませんが、お客様の投票の記録に失敗しました。もう一度試してください。
違反を報告
レビュー を日本語に翻訳する