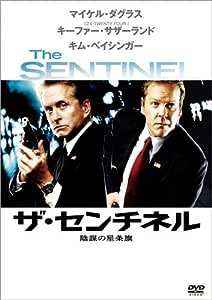 Maxine Nicholson
5つ星のうち3.0 Not a bad film.
2015年4月4日に英国でレビュー済み
Amazonで購入
Not a bad film... Just not that good either. It was almost typical, nothing really surprised me and I wasn't exactly held on the edge of my seat with the action scenes but nor was a yawning off.
The plot itself was simple enough, a secret service agent needs to prove his innocence when he is set up for betraying and attempting to kill the president. An old friend must be the one to hunt him down and it is a rare to who catches who first. See, not bad? I wouldn't say no to recommendations but I don't think it would be on the top of my list either.

Now my biggest pet peeve.
During the film there is tension between old friends Pete (Douglas) and David (Sutherland). This tension is caused by David believing that Pete slept with his wife. Fair enough. Now he's my problem.
Why?
Throughout the whole film it never explains why David thinks this way. It is clearly stated early on that David's wife never cheated on him, with Pete or anyone else, and yet for some reason David is sure that she cheated. We are never given a reason why he thinks this way. There is never a story of finding Pete's clothes, seeing Pete run from his home, even his wife being closed off with a strange awkwardness or friendliness towards Pete. In fact there is no hint his wife cheated on him at all and yet he is sure that Pete slept with her. No where in the film is it explained and to me that makes no sense, especially when we are reminded frequently that these two were extremely close at one point, practically brothers... Yet David believes Pete slept with his wife... WHY?! Just give me a reason why for God's sake! It makes no sense!

Other than that, great film! :D

Valerie Good
5つ星のうち1.0 Cannot recommend these three DVD's
2018年4月3日に英国でレビュー済み
Amazonで購入
Cannot recommend these three DVD's. The stories are not easy to understand and the extremely loud music which is constant throughout the films is horrendous.. There are too many car chases and explosion. Also the garish colours throughout is a real trial on ones' eyes. Definitely not to be recommended.
続きを読む
違反を報告
レビュー を日本語に翻訳する

Dominic Swayne
5つ星のうち2.0 Unfulfilled promise
2013年1月18日に英国でレビュー済み
Amazonで購入
It sets up a very intriguing situations and for about two-thirds the film is interesting and compulsively watchable -- only to unravel and descend into the most incredible mess. A great pity, given the excellent cast. But such an awful script!
続きを読む
違反を報告
レビュー を日本語に翻訳する
すべてのレビューを参照します
Amazonプライム会員ならお急ぎ便、日時指定便が使い放題
さらに、映画もTV番組も見放題。200万曲が聴き放題 。クラウドに好きなだけ写真も保存可能。
> プライムを無料で試す