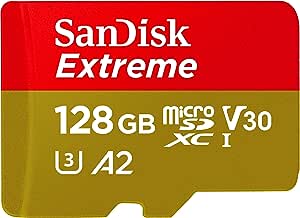 SotiCoto
5つ星のうち3.0 They could at least be honest with the capacity of these things.
2019年2月19日に英国でレビュー済み
Amazonで購入
I've got somewhat used to storage devices having less space on them than they advertise... but it is always jarring to see "128GB" on the label and find it only has 100GB space on it. More than a fifth of it is missing. Couldn't they at least have the decency to label how much space we get on these devices rather than some number that is X amount more that we can never use?
続きを読む
152人のお客様がこれが役に立ったと考えています
役に立った
フィードバックを送信中...
フィードバックをお寄せいただきありがとうございます。
申し訳ありませんが、お客様の投票の記録に失敗しました。もう一度試してください。
違反を報告
レビュー を日本語に翻訳する

Michael
5つ星のうち1.0 One word to describe this product... FAKE!
2018年11月19日にカナダでレビュー済み
Amazonで購入
I was really excited to read all the great reviews about this product. I decided to order because of the great price, great reviews and trusted that the product will be a genuine product. After several use with slow transfer and read rate and the best part is it deletes photos and videos randomly. I have decided that it is time to let other buyers know to be beware when buying this product. I am currently in the process of returning this item. I am very disappointed with the buy and I don't recommend.
続きを読む
158人のお客様がこれが役に立ったと考えています
役に立った
フィードバックを送信中...
フィードバックをお寄せいただきありがとうございます。
申し訳ありませんが、お客様の投票の記録に失敗しました。もう一度試してください。
違反を報告
レビュー を日本語に翻訳する

Kam
5つ星のうち2.0 fast but unreliable like most sandisk products these days but good when it works
2019年3月12日に英国でレビュー済み
Amazonで購入
i have been buying sandisk for years and they were the best - fast, reliable and excellent value. i have purchases a few sandisk usb flash drives, usb c and usb 3 and they all had one thing in common; highly unreliable and required regular (full formatting) after they for no reason stop copying and make windows crash. i thought i would give this sandisk product one final chance because its from their "extreme" range and i hadn't tried the sd cards so i thought benefit of the doubt. right from the packet, it made windows crash - not sure why but after restarting, i put it in saying error and let windows repair it. started copying my music, it was lightning fast - around the 60-70 mbs mark and about 1/3 way through 0! wouldnt respond and crashed windows. so, same process... FULL format and it worked ok but i had moved it to USB 2.0 just to be sure - i simply wanted to copy the files didn't really care about the speed.
put simply, i think i am done with sandisk now - i won't bother returning this now as i have my music on my phone and will leave it at that.
but if you want a micro sd card for regular use or any thing memory/flash related i REALLY advise you NOT to buy sandisk products as they ALL (i have had 4 sandisk flash based drives) and they all exhibit the same behaviour.
if you want very casual use and don't mind the occasional faffing around with formatting and stuff, then i suppose for the money they are OK.
also i have attached the benchmark - no 160mb ANYWHERE - even on the sequential read which is the fastest so i would go so far to say its a lie - same for the 90mb claim. stopped running the test after the sequential as it was known what was to follow with others.
続きを読む

marcel
5つ星のうち5.0 SanDisk Extreme 128 GB microSDXC Memory Card + SD Adapter with A2 up to 160 MB/s, Class 10, U3, V30
2019年2月13日に英国でレビュー済み
Amazonで購入
I've been buying these micro SD cards since I began using Android devices way back on 2.2. I stopped at 64GB cards as they were mainly for video. Now I store hi res photos from my SLR on my phone I need more.
Card class and speed has always been tricky to define due to advertising mainly read speeds, not write speeds. Class 10 means nothing more than it can sustain a 10mb/s write speed, that's it!

They have been getting better every few years and these A2 cards seem to be the best for speed v price.
My last card had a write speed of 50mb/s which I though was pretty good. This one blitzes it. I transferred 78GB of data to the card (a mix of hi res SLR shots, full HD movies, music and pc programs, over 5000 files) in 18 minutes, the card maintained over 80mb/s for all but the last 4 minutes of the whole transfer. It averaged 72mb's in total.

Larry Lopez
5つ星のうち1.0 Either fake or defective
2018年11月30日にアメリカ合衆国でレビュー済み
Amazonで購入
First red flag was when I looked underneath the card. Instead of being solid black like every other SD card I've seen, it looked like a green circuit board with a strange black square on it.

Second red flag was the MUCH lower than advertised read/write speeds (only 50-55 write with mid 80s read).

Third red flag was when I tried to copy data from my old sd card on to this one. I was able to get about 21.5 GB of data on to it until it unmounted itself from my computer. I then physically removed the card and inserted it back in the computer. Windows recommended that I repair the drive, so I did. After that, I go and try to copy the data again and it unmounted itself, just like before. I tried the same thing by repairing the drive, except this time, Windows informs me that it could not be repaired! Seriously??

Justin
5つ星のうち4.0 Preliminary tests look promising, further testing required to make sure it is real.
2019年4月17日にカナダでレビュー済み
Amazonで購入
Pretty sure its not a fake, as all the major check out and I got it from Amazon.ca not a marketplace seller. Things that I have cheked:
The appearance of the package (text is very crisp and the paint looks like high quality paint, with deep colours and also some reflective paint.The quality of the image is comparable to a genuine Ultra Plus purchased at best buy. There is a sticker inside the package that promotes their android app, same as the Ultra Plus. The rear looks as crisp as the front.)
The adapter (text looks legit when compared to the genuine one I have, date is printed on the back, also very crisp. I compare a known genuine adapter to the included adapter in the photos.)
Card appearence (The text is crisp, same font and text positionning as the Ultra Plus, but the rear destabalised me a little, whit the black sticcker on the green PCB, I expected faint writing on a black PCB)
Card capacity and speed (As can be seen in the photos, the write is around 70MB/s and read is 75MB/s and the capacity checks out without any errors.)
What scares me the most is that the read speeds aren't even near the advertised maximum of 160MB/s, but it might be bottlenecked by the integrated sd card reader of the laptop I used. The fact that the card states that it is made in china is also offputting, because the Ultra Plus from best buy states that it is made in Malaysia, which is what I expected for this card. Finally, the green PCB with the black sticker also makes me feel off about it.
The GoPro H7 Black didn't seem to refuse this card for filming a short 4k60 clip, but then again it also worked with the Ultra Plus which has lower advertised speeds and isn't recommended for this use.
So if you are willing to take your chances as I did, just be sure to get it from Amazon.ca and not a marketplace seller (not that I have anything against them) for the best chances of it being real and not counterfeit.
続きを読む