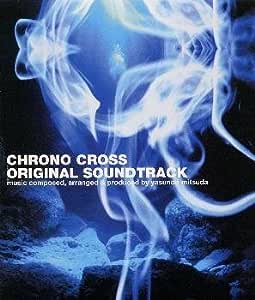 Ryan
5つ星のうち5.0 One of the best soundtracks from the PSX era
2016年4月30日にアメリカ合衆国でレビュー済み
形式: CDAmazonで購入
So I played Chrono Cross years ago when it was released on the original PlayStation, and while I always thought the soundtrack was good, it's not exactly what I was paying the most attention to when I was playing the game.

I got into collecting soundtracks and piano arrangements for video games again lately, so naturally this was on my list of soundtracks to try to find. You know what I realized? The soundtrack doesn't "sound" like it was made for an original PlayStation game. The instrumentation is lush and full, and the arrangements are just beautiful on their own. Even though I've been following Mitsuda's work several years, listening to this soundtrack on its own gave me a whole new appreciation for his compositions and talent.

HonestTrailmix
5つ星のうち5.0 One of the best gaming OST's!!
2018年12月21日にアメリカ合衆国でレビュー済み
形式: CDAmazonで購入
I love this sound track so much!! It's one of the best that Yasunori Mitsuda has ever made! If you are a fan of his, buy this sound track and let nostalgic take you back, to when game RPGs were full of wonderful music and awesome stories.
続きを読む
2人のお客様がこれが役に立ったと考えています
役に立った
フィードバックを送信中...
フィードバックをお寄せいただきありがとうございます。
申し訳ありませんが、お客様の投票の記録に失敗しました。もう一度試してください。
違反を報告
レビュー を日本語に翻訳する
その他の国際レビューを読み込む

IcemanJ
5つ星のうち5.0 Much more than a game Soundtrack.
2004年2月6日にアメリカ合衆国でレビュー済み
Amazonで購入
This has got to be one of the best video game soundtracks ever. I've actually never really played the game, but somehow discovered the music of it, proving you don't have to like the game to like the soundtrack. I'm sure the game is also great, and maybe someday I'll purchase a PS2 and play it.
The way the few different main themes are repeated throughout the discs makes it so much more epic and adventurous. The same notes, played at a different speed and with different instruments can have such different moods, and are certainly not repetitive.
Many songs consist of synthesized violins, guitars, Japanese instruments and other stringed instruments, also pianos, interesting percussion, and many other synthesized sounds. The songs are made up of clear, well-produced melodious tones and notes. There are so many different moods on this cd... nostalgic, melancholic, joyful, tense, epic, pensive, spooky, calm, wondrous, ethereal, delightful, catchy... the list goes on. Of course, the music styles range from Celtic sounding, to traditional Japanese, to neoclassical, etc. all blended together nicely with Yasunori Mitsuda's special touch. A lot of the songs really make me think "epic" in one way or another. Many songs are also edgy or stressful like the music for a battle or difficult journey, but sometimes with a childlike tinge, suggesting the fantasy/anime aspect of the game (I'm not saying anime is childish, rather the music sounds that way at times, in a good way) Some songs have soaring melodies that revive the valiant atmosphere of the soundtrack, others have quite gloomy moods, some have simple, charming melodies, some have more spooky or haunting moods, some sound sort of like a big fairground or joyful gathering, and some have more of a feeling of a specific area like a maritime or tropical place - illustrating all the elements of a long, adventurous, tiring journey of many different perils, mysteries, and missions of all sizes.
Obviously there are a lot of separate tracks on this soundtrack to encompass every single moment of music in the game (Why would you want to leave anything out?) but even the songs less than a minute are quite good. I'm not going to point out specific tracks because I'd end up listing about one-third of them, nor will I describe many specific tracks; every song is worth listening to, from start to finish. The most talked about song "Radical Dreamers" is a nice song with female vocals in Japanese that follows the main theme of the album, and I can see why most people consider it the best song on here, particularly the last minute or so with the angelic-like hum and amazing, gentle acoustic guitar melodies. The immaculate music box style melody after Radical Dreamers concludes the album with a very memorable sensation.
I mentioned in my list of adjectives "nostalgic": of course it will feel truly nostalgic if you've played the game a few years ago and didn't think about buying the soundtrack until now, reminiscing parts of the game you struggled at and enjoyed while you listen. But if you didn't have the game, it might trigger memories about other games or certain times in childhood... even though this game isn't very old at all. That may sound really weird, but it happens to me a little... I remember having fun with many SNES games since I didn't play through this.
This album is sincerely worth the import price, not only is it a triple album with 67 tracks lasting over 3 hours, but is by far the most inspiring game soundtrack I've heard so far and can be enjoyed by people with the most diverse tastes. After listening to this for the first few times, it seems superior to everything else in your music collection.
続きを読む
4人のお客様がこれが役に立ったと考えています
役に立った
フィードバックを送信中...
フィードバックをお寄せいただきありがとうございます。
申し訳ありませんが、お客様の投票の記録に失敗しました。もう一度試してください。
違反を報告
レビュー を日本語に翻訳する