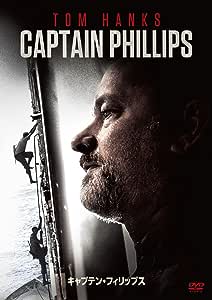 Rick Brindle
5つ星のうち5.0 Tense, addictive entertainment
2017年4月24日に英国でレビュー済み
Amazonで購入
This film takes tension to a whole new place. It tells the true story of a ship hijacked by Somalis as it is en route to Mombassa. I researched the story afterwards, and pretty much what happened for real is what happened in the film. I'd read about differences in what the individual characters really did, but you know what, it's a great film, and if it's been modified a bit by Hollywood, then that's another discussion. This is tense, gripping stuff all the way, and so realistic it's like you're actually there. Totally well acted, compulsive viewing.
An Angel's Alternative
Cold Steel on the Rocks
We Are Cold Steel
続きを読む
4人のお客様がこれが役に立ったと考えています
違反を報告
レビュー を日本語に翻訳する

rbmusicman/and/movie-fan'
5つ星のうち5.0 'AN INTENSE AND GRIPPING DRAMA'
2014年2月12日に英国でレビュー済み
Amazonで購入
'Tom Hanks' remains among todays finest actors with many notable film role's to
his credit down the years including 'Forrest Gump' 'Cast-a-way' 'The Terminal'
and 'Saving Private Ryan' among them.
'Captain Richard Phillips' is in charge of cargo-ship 'The Alabama'
The route they have to travel takes them into the 'Somalia Basin' ships travelling
in those waters are well aware of the threat posed by 'Somalia Pirates'
The 'Alabama' travels alone through the notorious waters soon drawing the attention
of the 'Pirates'
The ship initially out-runs the pursuing hijackers, however they come again...........
this time they board.
The Captain has ordered lock-down, however the Pirates insist on searching the
vessel to locate the crew who have attempted to hide from the intruders.
The Captain does all he can to protect them
The film shifts up a gear when events take a turn when a trade-off leaves the Captain
in a hostage situation.
Things are going to become desperate for the hostage and hijackers alike.
Based on real events--the film is a tense affair, edge of your seat stuff indeed.
An outstanding performance from 'Tom Hanks'
Superb picture and sound quality throughout.
Features include :-
Commentary with director 'Paul Greengrass'
also:- Capturing 'Captain Phillips' - 58 minutes of in-depth behind the scenes featurettes
on the making of the acclaimed film
続きを読む
4人のお客様がこれが役に立ったと考えています
違反を報告
レビュー を日本語に翻訳する

Read It Yourself
5つ星のうち4.0 Bare Bones Operation
2014年3月15日に英国でレビュー済み
Amazonで購入
First off it's a great film and a really good story.

I liked how it addresses certain issues about the pressures of the modern world and the basic instinct of survival, and young people finding their barefeet in this world. (checking for glass).

The intensity is good, The Bourne Ultimatum's director is on board, but he doesn't beat about the bush. The things I like in a film are locations, I want to be able to take in the views, landscape and scenery. I felt there was not enough of this, and the camera is hooked on the action - This also hinders the project when you consider how long the middle scene of the film is. Of course the intensity is rightly there, this is a true story afterall, but there was just no background action in play, it was full steam ahead and you do start wishing they'd... (won't spoil it).

So, this film is good and it gets the awards - true stories are enough for most, seeing them adorn the silver screen - ooh, look! That happened in reality. But I just wonder if it could've possibly yanked it's head out of 'Bourne' mode once in a while, a little something on mainland. It ends abruptly too - it's a good ending, but abrupt. Would have liked to have seen a bit more relationship between Philips and Muse, cos I really feel like there was something to follow up there, I mean it's been a few years now. When you think of Castaway and how it gently lands and gives you something to think about, I was expecting more of that - 'Scenery for thought' would be good.

But at least this film does give you something to think about, the pressures of life etc. Just wish it didn't push us off a cliff and leave us dangling! That Somalian character calling him 'Irish', you want to know more about him...
続きを読む
3人のお客様がこれが役に立ったと考えています
違反を報告
レビュー を日本語に翻訳する

Another of those films that I saw at the cinema and then immediately went on to Amazon pre-order for the DVD.

We closed the blinds and turned off all lights, one cold dark early evening, to try and create a cinema-like experience and make our 46" television look larger (!) and settled down to watch this fabulous film.

Even though we had already seen it, the tension was still palpable.

Tom Hanks is an actor who can do no wrong; always makes good choices; always puts in an amazing performance beit serious or comedy; and you know that you are in for a treat when you see his films. Probably only a few others who are in this league - Clint Eastwood, Meryl Streep, Matthew McConaughey.

Winston SWABY
5つ星のうち4.0 Get off my boat
2016年2月23日に英国でレビュー済み
Amazonで購入
Loved the video covering topical issues threatening global logistics and transportation. Tom Hanks is as good as ever plus the supporting cast, including the Somali pirates are believably scary. Watching the extras tells of the directors approach to keeping things real and actually keeping some of the cast apart until filming. This makes for genuine suspense and sympathy for the crew on the nir occupied ship. Are the Pirates a match for the highly trained navy seals and US military might? The tension is well recorded and is efge of the seats stuff.
続きを読む
1人のお客様がこれが役に立ったと考えています
違反を報告
レビュー を日本語に翻訳する
すべてのレビューを参照します
Amazonプライム会員ならお急ぎ便、日時指定便が使い放題
さらに、映画もTV番組も見放題。200万曲が聴き放題 。クラウドに好きなだけ写真も保存可能。
> プライムを無料で試す