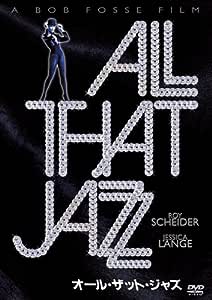 Will Mac
5つ星のうち4.0 A show business style drama about making a show business drama
2020年2月14日に英国でレビュー済み
Amazonで購入
A good drama about the making of a drama for stage and screen. I would never have considered it if it hadn't been recommended by someone I trust (we're not glitz fans by any stretch of the imagination). But, as a show about show time, with copious amounts of OTT, it was very well well acted (well mostly) and certainly the dancing outstanding (all of the principal dancers and especially lead Sandahl Bergman). Bob Fosse's choreography for the 'we start with smoke' routine was brilliantly done.
The only problem was that it was much too drawn out - especially the final scene where, how should I put this, the character lingered at least 20 minutes far too long.

John J
5つ星のうち2.0 Weird and very disappointing, not for me!
2019年8月21日に英国でレビュー済み
Amazonで購入
Having just watched Fosse/Verdon on BBC, surely bound to win a handful of Tony Awards, I thought it a good idea to catch up with Bob Fosse''s autobiographical version..If you've seen the BBC series don't go anywhere near this.However, if you've seen the BBC series and you then watch this, as I did, you'll see just what a mess this is. Ugh!
続きを読む
1人のお客様がこれが役に立ったと考えています
役に立った
フィードバックを送信中...
フィードバックをお寄せいただきありがとうございます。
申し訳ありませんが、お客様の投票の記録に失敗しました。もう一度試してください。
違反を報告
レビュー を日本語に翻訳する