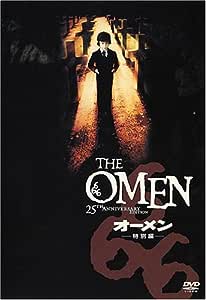 Trevor Willsmer
5つ星のうち5.0 The best of the post-Exorcist wave of Devil movies
2014年3月20日に英国でレビュー済み
Amazonで購入
1976's The Omen was easily the best of the wave of Devil movies to come along in the wake of The Exorcist's success, relying less on alternating a naturalistic style with shockingly graphic setpieces but instead putting its faith in a beautifully constructed screenplay that mixed a modern interpretation of the Book of Revelations with a changeling story. Like The Exorcist and Rosemary's Baby it puts a Satanic spin on parental fears - in this case the cuckoo in the nest and a mother's fear of her own child. Despite the still impressively spectacular deaths, it's less a horror film and more of a supernatural thriller played straight as Gregory Peck's ambassador is gradually led to believe that his troublesome illegally adopted four-year-old son's real dad might just have horns and a tail and be pretty handy with a pitchfork. Although there are still signs that somewhere along the way the film was aimed for an ambiguity that it never really achieves (is the brat really the AntiChrist or just a very naughty boy? Is Peck seeing the truth or going mad?) Its strength is that it plays its premise absolutely straight. It's helped by some fine casting - Lee Remick, Billie Whitelaw, Leo McKern, Patrick Troughton and especially David Warner as the cynical paparazzi whose photos give the film its title and provide its best chills - and is extremely well directed by Richard Donner, who displays a magnificent use of the Scope frame that leaves the film rather diminished in panned-and-scanned TV outings, while Stuart Baird's excellent editing combines with Jerry Goldsmith's sinister score to make the most of the material. It was a tough act to follow, but even so it's a shame just how far its successors fell short.

Fox's Blu-ray carries over the extras from the previous two-disc DVD - two directors audio commentaries, deleted scene, featurettes Jerry Goldsmith on The Omen Score, Curse or Coincidence?, 666 - The Omen Revealed, The Screenwriter's Notebook, Wes Craven o The omen and the first part of The Omen Legacy that's spread over the first four films, as well as the trailer and teaser trailer - and offers a fine 2.35:1 widescreen transfer. The European issue only includes a remixed stereo soundtrack option, however: for the original mono soundtrack as well, you need to get the US Blu-ray, though be aware that it's Region A-locked. Sadly both versions have the same terrible cover art.
続きを読む
15人のお客様がこれが役に立ったと考えています
違反を報告
レビュー を日本語に翻訳する

Chris29AA
5つ星のうち5.0 THE OMEN: CLASSIC OCCULT HORROR!
2020年8月5日に英国でレビュー済み
Amazonで購入
Classic occult horror. The film has all the elements of a good horror film including religious figures, dark churches, demon nannies, devilish dogs and strange rituals. All used to a powerful effect. Apart from looking a bit dated, the film is one of the best horror films of all time and cannot be faulted in any way at all. The plot follows the story of the Anti-Christ from his birth to becoming a young toddler.
続きを読む
違反を報告
レビュー を日本語に翻訳する

If you love this however, don't bother with the sequels which just resorted to standard horror fare and pale into insignificance compared to the original......and certainly avoid the 2006 remake !
続きを読む
4人のお客様がこれが役に立ったと考えています
違反を報告
レビュー を日本語に翻訳する

You'll all know the story by now, and no doubt seen the movie multiple times. An ageless tale of good vs. evil, with some sterling performances from Gregory Peck (the role of Robert Thorn was first offered to William Holden) and Billy Whitelaw.

After Kathy Thorn loses her child during childbirth, her husband agrees to secretly swap him with another child who was also born at the 6th hour, on the sixth day of the sixth month. That little boy was to be called Damien. A series of strange events, and mysterious 'accidents' lead to the Thorn's rise to power, and place Damien on his way to the most powerful position on earth. The rest they say, is history.

Richard Donner's assured direction, Gilbert Taylor's cinematography and Jerry Goldsmith's Oscar winning score make for an atmospheric viewing experience, and while some of the effects have aged and the fashions have dated, it's still miles ahead of similar 'devil child' movies and the vastly inferior 2006 remake.

With superb picture and audio, and a vast array of special features, the Blu-ray really is the best way to own The Omen in your own home. A movie no horror movie buff should be without.
続きを読む
1人のお客様がこれが役に立ったと考えています
違反を報告
レビュー を日本語に翻訳する

Paul C 007
5つ星のうち5.0 Oh man! It’s The Omen!
2019年4月14日に英国でレビュー済み
Amazonで購入
Made me soil myself as a nipper and still scary as a fully grown man. Made on a shoestring, but a wonderful film.
Special features are a must for all budding filmmakers too.
続きを読む
違反を報告
レビュー を日本語に翻訳する
すべてのレビューを参照します
Amazonプライム会員ならお急ぎ便、日時指定便が使い放題
さらに、映画もTV番組も見放題。200万曲が聴き放題 。クラウドに好きなだけ写真も保存可能。
> プライムを無料で試す