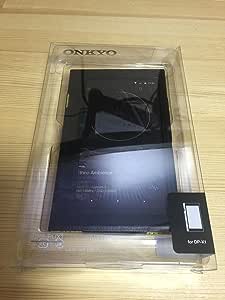 Caje
5つ星のうち3.0 Some case is better than no case...?
2017年10月26日にアメリカ合衆国でレビュー済み
Amazonで購入
I agree with some of the other reviewers here. This is a product that should have been included with the player itself rather than having to purchase it after the fact. Also, for what you're getting it definitely seems overpriced, but from what I could see, it is almost the only game in town when it comes to protecting the dp-x1a. I saw another option which was even more expensive, approaching around 20 to 25% of the actual player cost, which seems ridiculous.

I guess the only pro to this that I can see is that it does protect most of the back of the unit and some of the sides, and part of the bezel while leaving all of the ports and buttons exposed for use. I added a screen protector since the case doesn't have an included cover either. Together with the protector, the unit does feel mostly secure with the case on.

While I do appreciate the easy access to the ports and buttons, I would like to have had more material covering more of the unit. The top of the unit is completely exposed since you have to slide the player into the case and the side buttons are completely exposed rather than having material covering the space between the buttons. The same is true of the bottom for the USB port, meaning that roughly half of the right side and roughly half of the bottom of the player are unprotected. So, if you drop the player at just the right angle, you could scratch or damage those unprotected portions. And again, with the top completely exposed, your regular 3.5mm and 2.5mm balanced ports are exposed to potential debris, water, etc.

In the end, as many others have done though, I bought this case, because I felt that something would be better than nothing and adding the on screen protector has for me made it a fairly solid if not completely fulfilling purchase. So, since 2 stars is I don't like it and 4 stars is I like it, I'm going with a 3 star rating of it's ok.
続きを読む
2人のお客様がこれが役に立ったと考えています
違反を報告
レビュー を日本語に翻訳する

Willis Kong
5つ星のうち4.0 Fine, but expensive
2018年6月17日にアメリカ合衆国でレビュー済み
Amazonで購入
Got it for my DP-X1A. It's perfectly fine as a protective case. However, it doesn't do anything special to warrant the high price.
続きを読む
1人のお客様がこれが役に立ったと考えています
違反を報告
レビュー を日本語に翻訳する