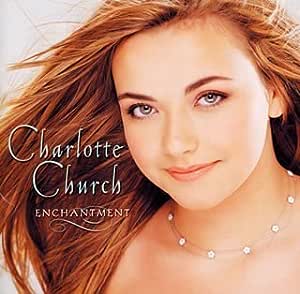 Fluffy the Duck
5つ星のうち4.0 Peaks of Brilliance
2015年8月9日にカナダでレビュー済み
Amazonで購入
Couple of outstanding numbers that blew my socks off, including the Laughing song, and what I call the Australian airline song.
続きを読む
違反を報告
レビュー を日本語に翻訳する

Dennis Drury
5つ星のうち3.0 There has to be a reason people like her
2002年1月12日にアメリカ合衆国でレビュー済み
Amazonで購入
The reviews of Charlotte Church's music seem to fall into two categories: some think that this kid can do no wrong and walks on water, and always give 5 stars; and the others think that she is truly bad and awful, and always give 1 star. These last all seem to quote each other; thus so many talk about Ms. Chruch's voice as "boy soprano."
Yet, if Charlotte's singing is so bad, one must wonder why so many people buy her CD's. This is not a case like that of Britney Spears, who in my opinion cannot sing at all, but sells because of what she looks like and how well she wiggles while wearing skimpy outfits. Charlotte's voice is a big part of her appeal.
I believe that Charlotte's voice does provide something quite special. A while back I was listening to a different CD, and she was singing "O Holy Night" with Placido Domingo. I hope that the classical critics out there don't claim that Domingo cannot sing; yet I preferred Church's voice. To check if it was simply that I prefer a soprano to a tenor, I put on another CD with the same song sung by Marilyn Horne. I liked Charlotte better. On Christmas Day Charlotte was on TV singing Christmas songs; when her show was done, they put on Sarah Brightman. I liked Charlotte better.
Charlotte Church provides a natural soprano voice, which is a very sweet thing. A classically-trained voice is a very unnatural thing. Classical training was invented to allow someone to sing unamplified to an entire hall with an orchestra accompanying. That requires doing some very odd things to the human voice, including the removal of all little bumps, squeaks, rasps, and breaths. What is left is, in my opinion, less of a human voice than a musical instrument. It sounds nice in a certain way, but it s not a natural human voice. Charlotte has a natural, sweet soprano that can be refreshingly preasant to hear.
As for this album ("Enchantment"), I agree with those critics who question the choice of music. I do believe that Charlotte sings religious songs, Celtic ballads ("Carrickfergus"), and some lighter classical music better than the show tunes and Streisand stuff. I did chuckle the first time I heard this kid singing "Can't Stop Loving That Man," though it sounds pleasant enough.
I personally cannot stand Barbra Steisand, so I am prejudiced against any music she does. Nonetheless, I wish that Charlotte would leave the Streisand stuff to Barbra, and I wish that everyone would permanently forget "Bali Hai," a song I absolutely cannot endure. If Ms. Church had done more religious songs and Celtic ballads, I would rate this CD higher. I rate it in the middle, because I like Charlotte's voice but don't especially like the choice of music.
続きを読む
10人のお客様がこれが役に立ったと考えています
違反を報告
レビュー を日本語に翻訳する
すべてのレビューを参照します
Amazonプライム会員ならお急ぎ便、日時指定便が使い放題
さらに、映画もTV番組も見放題。200万曲が聴き放題 。クラウドに好きなだけ写真も保存可能。
> プライムを無料で試す