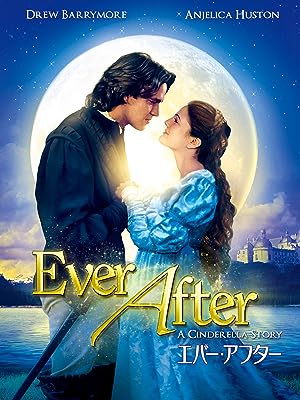 VonRichtoven
5つ星のうち3.0 mix of straight and farce,
2020年9月1日に英国でレビュー済み
Amazonで購入
A mix of naif and mock intelligensia. Some odd accents as well. There are rich production values, good dialogue and intelligent narration mixed with clumsy and exaggerated scripting. The all star cast carry over some rough patches.

A nice DVD all in all but so much jarring that it will never go into the annals as a classic.

Hannah
5つ星のうち5.0 If only...
2015年7月19日に英国でレビュー済み
Amazonで購入
I was recommended this movie by my old boss. She handed me a copy and said "it's very you" - and how right she was! My favorite thing was - until nearer the end - the idea of taking a fairy tale and making it less fantasy more "historically accurate". It meant amazing houses and costumes and dialog that felt more realistic and magical in a different way then we are use to. The only thing I don't like about this film - is that it is too unique and left me wishing more fairy tales had been covered in this way!
続きを読む
8人のお客様がこれが役に立ったと考えています
違反を報告
レビュー を日本語に翻訳する

Kate Cooper
5つ星のうち5.0 Enchanting.
2012年2月15日に英国でレビュー済み
Amazonで購入
Firstly, I love this film. Secondly, Dougray Scott is a good looking guy! Anyway, I saw this on Channel 4 a few weeks ago, but I only managed to catch the end of it, I was enchanted by it. I loved the whole idea of it being a story, inside a story. Set in the 16th Century, in France, it captures the life of Danielle (Barrymore) who's father died when she was eight years old. Danielle now acts as a servant for her evil stepmother, and stepsisters (only one of them is a truly hideous character) however, one day she stumbles across the Prince of France, who is instantly mesmerised by her(I think you can see where this is going). When Danielle goes to rescue one of her fellow servants from being sold to pay her stepmother's debts, her strong moral views lead the Prince to want to more about her. Here starts Danielle's adventure, unbeknownst to her stepmother and sisters. However, Danielle's lack of social standing forces her to use her mothers name (Nicole - Countess De La Creole) and title to win the Prince over. When her secret is revealed, both Danielle and Henry are left heartbroken. However, Danielle drops something - a glass slipper. Tired of her schemes, Danielle's stepmother - the Baroness - trades her for the furniture that had been taken for debt. This leads to Henry realising his love for Danielle and rescuing her. Which then leads to marriage of course. And they live happily ever after - although the fact is that they didn't just live happily ever after - they lived.

This is a beautiful film, with the classic twist of the story of Cinderella by the Brothers Grimm. However, the way in which the story is told sets this off beautifully. Though set in the 16th Century, the language is easy to understand, and the scenery is wonderful in some parts of the film. They also manage to inject some humour into the film! You'll be rooting for Danielle to get the happy ending she deserves all the way through the movie! It left me truly enchanted.
続きを読む
2人のお客様がこれが役に立ったと考えています
違反を報告
レビュー を日本語に翻訳する

Miss K Barwick
5つ星のうち5.0 Amazing love story
2014年2月13日に英国でレビュー済み
Amazonで購入
For me this is a fantastic film, it is a wonderful story that keeps to the basic story of Cinderella but with differences that make it more realistic rather than just a fairy-tale. The characters are wonderful and the actors/actresses are perfect in the parts they play. This is one of my favourite romantic films. It is funny and sad in parts but of course with a happy ending.
I've lost count on how many times I’ve watched it, it is a perfect feel-good film
Highly recommended for anyone who likes fairy tales!
続きを読む
4人のお客様がこれが役に立ったと考えています
違反を報告
レビュー を日本語に翻訳する