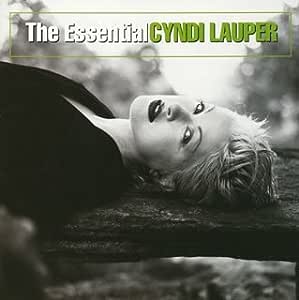 Still, this does include most of Cyndi Lauper's hits, which means most of "She's So Unusual" plus "True Colors", "Change of Heart", "I Drove All Night", and the previously-rare "The Goonies 'R' Good Enough". Album cuts "Hat Full of Stars" and "Sisters of Avalon" represent good songs from the time when, sigh, Ms. L. was no longer a darling of pop radio programmers.

This version--I don't have the regular U.S. release--has complete lyrics as well as a short essay by David Wild. Nice pictures of C.L. too. Still, this is an artist worthy of a 2-disc set. Sony/Legacy upgraded the O'Jays, I keep hoping they'll do the same for Cyndi and a few others (E.L.O., Eddie Money).