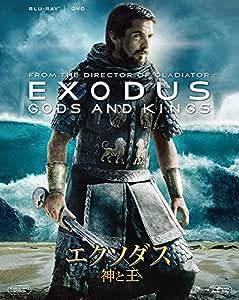 Amazon Customer
5つ星のうち1.0 it was quite annoying. Overall
2017年11月6日に英国でレビュー済み
Amazonで購入
Not as graceful or impactful as the 1956 version. Despite its technical advantages, I felt that it failed to capture the spirit of the story. Also, the angelic kid with a British accent was a very random plot innovation, and failed to communicate a sense of divine presence. Finally, Moses is depicted as an angry, impatient, belligerent, and loud character who lacks prophetic qualities. Not sure why he was screaming all the time; it was quite annoying. Overall, a very superficial treatment of an epic story.
続きを読む
7人のお客様がこれが役に立ったと考えています
役に立った
フィードバックを送信中...
フィードバックをお寄せいただきありがとうございます。
申し訳ありませんが、お客様の投票の記録に失敗しました。もう一度試してください。
違反を報告
レビュー を日本語に翻訳する

cats are cool
5つ星のうち4.0 Enjoyable
2015年8月7日に英国でレビュー済み
Amazonで購入
I was wary after having read mixed reviews, but given the context of new movies about biblical stories (eg Noah) I expected this to be a different kind to the mid 20thC epics like the Ten Commandments or Ben Hur and so on. And it is different, it treats the story ambiguosly in terms of its "religion" and also it's more about Moses and Rameses the men and their own beliefs and doubts than a faithful telling of what's in the Old Testament. There are of course epic elements and the 3D Blu Ray is ideal for conveying depth, perspective and scale. The sound is excellent, but soundtrack quite forgettable (it's more as an underlying mood commentary as opposed to show stealing grand sweeps of music) with the exceptions of hints of the start of Wagner's ring cycle. Listen carefully and you'll spot it.

Thr acting is a bit hammy but I think it is supposed to be, in a nod to the very hammy epics by CBdM. By the time he gets mature looking, I think Bale is a good tribute to Charlton Heston. But Rameses is the show stealer. His mental and emotional struggles are well portrayed even if the accent comes out a bit weird. Sigourney Weaver as his mother has presence even if not many lines. Rameses' father is also excellent.

There are sections of the movie which could have been done better, for example Moses' time meeting and marrying his wife. It looks like a bit of an afterthought compared to the rest of the film and the acting by his wife and entourage is atrocious (though her father and her son are played very well) and in terms of looks and make up that section of the film wouldn't look out of place in cheesy expensive Zeffirelli TV epics or historic films they might show on channel 5.

The plagues were very excitingly represented, and emotional impact was high (with hints of dark humour especially in the priestess and the medic) and the conniving and slightly "camp evil" viceroy is a very watchable character throughout the movie.

Finally the parting of the Red Sea was a big moment, with stages of build up to the final tsunami as the waters re-surge is quite awesome. I like the modern interpretation of how it could have unfolded as a "real" event (as opposed to a biblical miracle).

If you're looking for a big Ten Commandments tablet scene you will be disappointed. It is one of the most subtly interpreted events and very much about the man rather than his God.

piratehelly
5つ星のうち5.0 Fantastic film. Although it deviates in some ways from ...
2017年1月5日に英国でレビュー済み
Amazonで購入
Fantastic film. Although it deviates in some ways from the biblical narrative of Exodus in the Torah, particularly: in omitting the concept of wielding a staff of power to perform the Creator's miracles and also introducing the concepts of Moses (also called Moshe by the Hebrews) initially leading a revolution and teaching the Israelites the arts of Warfare, and also allegedly crocodiles killing each other to thicken the Nile to blood; the film stays true to the spirit of the story, and is a very good adaptation of the book - not withstanding the fact that the special effects are first class and add to the drama of the film. The cast handpicked for the production was excellent. Christian Bale portrays a fantastic interpretation of the protagonist Moses (whose journey from Egyptian general and atheist to the chosen leader and liberator of his people, and devout believer is astounding), along with the performance of Joel Edgerton as his cousin Ramses II, and the brotherly relationship, the chemistry the two characters have with each other - and particularly the rivalry that follows afterwards. Other performances from supporting actors are also brilliant. Minor as they are in comparison to the whole film; John Turturro does a brilliant job in portraying the Pharaoh Seti I - Ramses father and Moses' foster father (and the relationship he has with the two boys - especially Moses who despite he is not his blood, Seti favours and loves the most and wishes he could succeed him), Sigourney Weaver delivers a fantastic performance as Queen Tuya - Ramses' mother and Seti's wife, and the scheming and manipulative personality she gives the character, Ben Kingsley is brilliant as Nun (descendant of the Tribe of Joseph) as well as Aaron Paul who plays his son Joshua (Moses' successor who helps the Israelites take back Canaan in the Book of Joshua), Andrew Tarbet and Tara Fitzgerald who play Moses' siblings Aaron and Miriam are also good, Maria Valverde who plays Moses' wife Zipporah adds an additional romantic element to the film, and the film is further expanded by the performances of the child actors Hal Hewetson who plays Moses' son Gershom, and Isaac Andrews who does a fantastic job of playing the mysterious, capturing and engaging character of the Creator himself - in the form of a young boy. Ridley Scott really did himself credit when directed this epic. Exodus: Gods and Kings truly is a film worth watching for anyone who is interested in the Bible or otherwise. And sends out the message that, even though everything and everyone seems to stand against us, with faith we can overcome whatever struggle is given to us, and the Creator is closer than we think - and is always right behind us to help us endure it.
続きを読む
4人のお客様がこれが役に立ったと考えています
役に立った
フィードバックを送信中...
フィードバックをお寄せいただきありがとうございます。
申し訳ありませんが、お客様の投票の記録に失敗しました。もう一度試してください。
違反を報告
レビュー を日本語に翻訳する

S J S
5つ星のうち5.0 Review of "Exodus", the story of Moses, starring Christian Bale!
2017年10月15日に英国でレビュー済み
Amazonで購入
An epic production with stunning scenes! I doesn't quite follow the Bible narrative accurately , but it's pretty damn close? It should appeal to religious and non-religious people alike, especially lovers of thrillers and adventure films. It was a novel and intriguing concept to portray God as a young boy; but it really worked? Well worth the time , money and effort to buy and watch it!
続きを読む
2人のお客様がこれが役に立ったと考えています
役に立った
フィードバックを送信中...
フィードバックをお寄せいただきありがとうございます。
申し訳ありませんが、お客様の投票の記録に失敗しました。もう一度試してください。
違反を報告
レビュー を日本語に翻訳する

John Walton
5つ星のうち2.0 Exodus: Gods and Kings
2017年1月29日に英国でレビュー済み
Amazonで購入
Not brilliant. Well filmed but why try and put a rational slant on everything? Surely a remake should follow the bible story as it it, whether you believe it or not. Gave the impression it was all in Moses's head! Especially as He had a bang on the head from a rock!
And the idea of portraying God as child was stupid.
Also a few Nile crocodiles attacking each other and turning the Nile blood red, which in turn caused all the plagues? Hmm.
No a bit of a turkey.