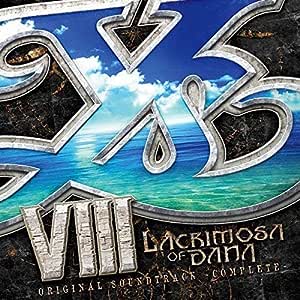 aerokus
5つ星のうち5.0 Falcom Sound Team JDK rocking, as usual.
2018年4月24日にアメリカ合衆国でレビュー済み
Amazonで購入
Such a great soundtrack with a nice variety of songs. Everything from relaxing town-music to the Ys classic boss and world-exploring songs that rock so much that you can't sit down. The first time Sunshine Coastline came on during game-play (disc 1 track 5) I, literally, had to stand up while playing. I couldn't sit while listening to it.

Getting digital copies of all the songs in the Amazon music library is just icing on the cake.

David van Hoose
5つ星のうち5.0 A fantastically beautiful soundtrack
2019年6月27日にアメリカ合衆国でレビュー済み
Amazonで購入
67 beautiful tracks across 3 discs. I bought the game for my daughter and she loves it. We loved the music so much, that we bought the complete soundtrack. We are not, even in the slightest, disappointed. This music rivals that of the Final Fantasy soundtracks.

As an added bonus, this album had the AutoRip promotion, since I bought it from Amazon. Unfortunately, the metadata was incorrectly populated for a multi-disc set. I needed to manually update it, so that my media players can differentiate between the tracks of each disc.