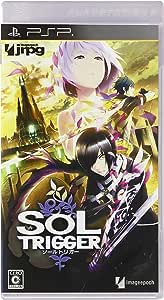 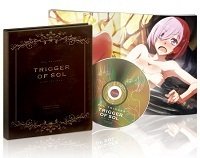 JoshuaKadmon
5つ星のうち5.0 Best non-localized JRPG I've ever imported.
2014年5月27日にアメリカ合衆国でレビュー済み
Amazonで購入
ImageEpoch and their localization partner NIS really missed a big opportunity by not bringing this game to the west, even if it had been a digital-only release. While it doesn't revolutionize the JRPG sub-genre, it is a very solid game overall. From the outstanding soundtrack and quality voice acting to the jaw-dropping character models and in-game animation, Sol Trigger showcases some impressive production standards. The story is compelling, and the dystopian modern setting is different enough from Japanese tropes that you won't feel like you've played through the same plot and themes a hundred times before. Be forewarned that the story is pretty harsh and sad at times, and the gameplay is pretty challenging throughout. But if you're looking for a strong import RPG that'll last around 40-50 hours, Sol Trigger may hit all the right notes. It certainly did for me. There are multiple story paths based on what love interest you select, which makes replay a little more interesting, but there is no New Game Plus and choices only influence a handful of cutscenes. It was enough for me to play through the game three times, though, and most JRPGs don't even offer that small degree of non-linear choice. The real draw here is that you unlock new skills through the use of new weapons and accessories, and each skill upgrades as you use them. The result is a cinematic "Final Fantasy summon" animation for most skills, and they keep the dungeon-crawler-esque combat feeling fresh and fun. Also, please note that if you don't know Japanese, it's not always easy to follow the story by context alone, though it may still be possible to play the game from beginning to end without fumbling too much. To help this, many of the most important menus have some English text. Still, this is not the most import-friendly experience without some working knowledge of the language. I loved Sol Trigger, and I'm sure many other JRPG fans would, too. As one final note, Sol Trigger fans may also have some interest in its spiritual precursor Final Promise Story (which is also on PSP).
続きを読む
8人のお客様がこれが役に立ったと考えています
役に立った
フィードバックを送信中...
フィードバックをお寄せいただきありがとうございます。
申し訳ありませんが、お客様の投票の記録に失敗しました。もう一度試してください。
違反を報告
レビュー を日本語に翻訳する