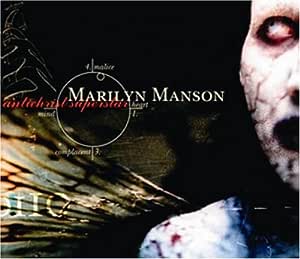 Brandon
5つ星のうち2.0 SHM-Disc QUALITY REVIEW
2011年3月16日にアメリカ合衆国でレビュー済み
Amazonで購入
I have been wanting to purchase a SHM-Disc for awhile now and have been doing alot of research on the recent technology. It took me about 4 months to decide which album to invest in as they are very expensive, nearly $40 dollars for one album. I decided to go with 'Antichrist Superstar' because I listened to it the other day and rediscovered this classic as being one of my all time favorites. It has an array of sounds from industrial to electronic metal and since Trent Reznor plays alot on it, I figure it's the best of both worlds for the money being spent.

With that sad, I am extremley dissapointed. The masters sound exactly the same. I am an audiophile and I even with my best headphones I could not hear any more subtle sounds. At the very least I was hoping it would be louder(as newer masters usually are) but found that it is actually slightly lower than the original release. Because of this, if you listen to your music loud you may, and I mean MAY, notice a slight decrease in treble but other than that, I checked and it's from the same master.

One interesting side note, the package and booklet were obviously reprinted in hd quality as the pictures are a bit crisper and obviously more clear. For example you see more of Madonna Wayne Gacy's eyes and chin..all the photos are less blured. The tones are darker making the images stand out more. It's kind of cool to compare the two in hand and see the differences, but I was expecting a way more dynamic sound quality.
続きを読む
2人のお客様がこれが役に立ったと考えています
違反を報告
レビュー を日本語に翻訳する
すべてのレビューを参照します
Amazonプライム会員ならお急ぎ便、日時指定便が使い放題
さらに、映画もTV番組も見放題。200万曲が聴き放題 。クラウドに好きなだけ写真も保存可能。
> プライムを無料で試す