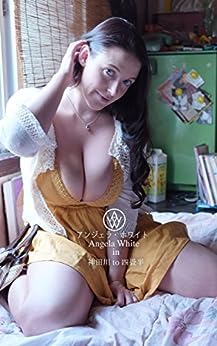 M. Dowden
5つ星のうち1.0 Badly Produced
2015年10月2日に英国でレビュー済み
Amazonで購入
This is a badly produced book. Angela, the model here is just so sexy and beautiful and this book does not do her justice. This is a Japanese edition and has thus been formatted for that market and so to turn the page remember this book goes from right to left rather than the opposite, which we are more used to.

The photos here are in colour but if you try to enlarge them just by tapping they go off the page, so you have to use the finger method to increase the size to see properly. The photos themselves are not very well set out with some appearing at the very edge of the screen and having been cropped, thus some have bits missing. There are photos that are over-exposed, one that has been split over two separate pages, and some have white circles on them, although why they are there is a mystery, as they are not censoring anything. In all this could have been very good but instead we are left with something that is very poorly put together.
続きを読む
2人のお客様がこれが役に立ったと考えています
違反を報告
レビュー を日本語に翻訳する
すべてのレビューを参照します
トップへ戻る
Amazonについて
Amazonでビジネス
Amazonでのお支払い
ヘルプ＆ガイド
日本語ショッピングのための言語を選択します。 日本ショッピングのための国/地域を選択します。
© 1996-2020, Amazon.com, Inc. or its affiliates