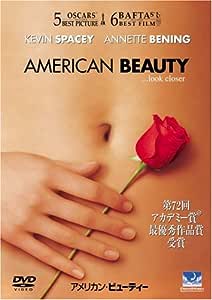 Savanna
5つ星のうち5.0 Flawless Cast, Flawless Script, Flawless Music.
2014年11月16日に英国でレビュー済み
Amazonで購入
I've always seen this film being raved about as a must-see, and having watched it, I couldn't agree more! This quickly became on of my top films after watching it the first time and it is one I could replay again and again. The cinematography is beautiful, the music is perfect, and the writing is both heart-wrenching and witty. Kevin Spacey plays an amazing lead, easily portraying that 'sick of life Everyman' character with a little extra charm. Thora Birch (to any fans I also suggest 'Ghost World') plays the perfect dysphoric teenager, in a way that makes her more likeable than boring. Annette Bening is a great 'keeping-up-appearances' mother character who gives us a greater insight into her role than others have before. Mena Suvari plays an extremely surprising character, giving an extremely complex rendition which is both unlikable and sweet. I think, though, the winning performance, for my at least, has to go to Wes Bentley, who manages to be so cold and warming simultaneously, and who shows us pain in a way that doesn't leave you.
Would undoubtedly recommend this to EVERYONE, but especially to those who are fans of films like American Psycho and Ghost World!
続きを読む
1人のお客様がこれが役に立ったと考えています
違反を報告
レビュー を日本語に翻訳する

John Doo
5つ星のうち5.0 A ingrossing film
2014年2月23日に英国でレビュー済み
Amazonで購入
I found the film American Beauty to be an engrossing film which shows a family {The Burnams}where their work and home lives have become intolerable .Lester feels neglected by his wife and daughter and relives his fustration by fantasies etc.Carolyn his wife prefers to engross herself in her job as a third rate estate agent and keeps her feelings to herself.Their daughter is grumpy and is hardly interested in either of her parents and thinks they are sad.Their lives change when a new family moves in next door who live in simliar circumstances except their son is a drug dealer who constantly films nearly everything he sees on a camcorder.After he sells drugs to Lester the story takes a turn with Lester making changes in his life which do not go down well with the rest of the family.I thought the film was great because it is fasinating to watch the characters one by one emerge from the background and start to behave differently.The film is well written and just feels very true to life in a way that is a bit difficult to discribe.
続きを読む
1人のお客様がこれが役に立ったと考えています
違反を報告
レビュー を日本語に翻訳する

Mindtrap
5つ星のうち5.0 Watch this movie if youve ever wanted to change your life
2014年8月6日に英国でレビュー済み
Amazonで購入
i wasn't to sure what i was getting my self in for with this movie, i was not disappointed !
First off it shows you kevin spacey's characters mundane life, he was just hollow. woke up in a house that didnt appreciate him and with a wife that obviously didnt love him. he goes to work and is told to write a character self assessment to beg for his job, after work he returns to his unloving stepford wife style house.i felt for him in this first bit, but i can tell you ive wanted to do what he does next. his daughters friend stays over, he over hears her say hes cute, but needs more muscle, so kevin starts working out. works out so much he grows a back bone. he goes to work tells them to stick there job whilst managing to blag a wage still, sells his car for his dream car. this man does a complete character flip. lives the dream hes always wanted !
続きを読む
1人のお客様がこれが役に立ったと考えています
違反を報告
レビュー を日本語に翻訳する

Henry Kavanagh
5つ星のうち5.0 The Greatest Film of All Time!
2012年6月24日に英国でレビュー済み
Amazonで購入
When people ask you what your favorite film is or what you think is the best or greatest film you have ever seen, you can give all sorts of reasons such as every time you see the specific film. I choose American Beauty as what I believe to be the greatest film ever made because I have seen a vast number of films and it's unlike any other film I have ever seen so far. To put it shortly, it's certainly the most original film I have ever seen.

It tells the story of Lester Burnham (Kevin Spacey), a middle aged magazine executive who decides to change his life by ignoring his overachieving domineering wife Carolyn (Annette Bening), smoking pot, quitting the job he hates and also developing a sexual attraction for his daughter's friend (Mena Suvari). The acting is completely flawless. I have never seen acting in a film where both the supporting cast and the lead cast are all brilliant. Kevin Spacey and Annette Bening are a powerful team and together they create two of the best performances in the history of cinema. The supporting cast consisting of Wes Bentley, Thora Birch, Mena Suvari, Chris Cooper, Peter Gallagher and Allison Janney, are both well cast and well immersed into their characters to the point where you believe they might as well be playing themselves. The characters in this film are just flawless. Lester played by Spacey is a really great character; a man who knows he should be set free and be rid of his domineering wife Carolyn played by Bening. If there was one character that I would describe as my favorite, then I think I'd go with Angela played by Mena Suvari. She is so nasty, so overconfident and so repugnant yet strangely that's what makes her more interesting and it makes you want to know so much more about her and her past. I also think Mena Suvari was Oscar worthy but then again, you can't have everything. Originally American Beauty was written by Alan Ball as a play and in the film, there are traits of play like material. But I personally think it's better off as just a film on it's own. The wordplay is brilliant, the story is very well constructed and the satire that Ball creates on 1990's suburbia is very well executed.

From a technical point of view, American Beauty is one of the most beautiful films I have ever seen. The sound design and the editing is great, the visuals are neat, the music score by Thomas Newman breathes new depths into modern film score, but above all the cinematography by Conrad L. Hall is the best technical part of the film. It's not only the shots and movements of the camera that are great but there is certain magnificence to the colour that Hall uses on the houses and on the outside shots. If there is one thing I admire above all both technically and non-technically then it would be the direction by Sam Mendes. Originally a West End Theatre Director, Mendes was hired to do American Beauty after the Steven Spielberg saw his Broadway version of Cabaret. I can only imagine that going from being a theatre director to helming a film awards contender, must have been one of the most daunting experiences of anyone's life but Mendes did brilliantly. You can tell a well directed film when you see actors in complete control and when every shot and every scene looks exactly how it should in order to create a straightforward narrative/plot. For a debut, it is just incredible to see Mendes at work and he proves himself to be quite the chameleon allowing himself to brilliantly direct Theatre and Film. American Beauty is a brilliant, bold, magnificent take on life in the 1990's. It is compelling, darkly funny and the greatest film of all time.
続きを読む
2人のお客様がこれが役に立ったと考えています
違反を報告
レビュー を日本語に翻訳する