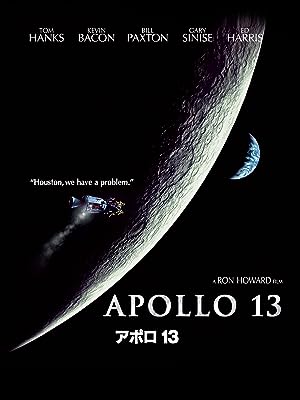 EvilC
5つ星のうち5.0 Sight and sound that will impress
2018年2月27日に英国でレビュー済み
Amazonで購入
This is a superior 4k release despite the fact that it was released some years ago. Sharp, detailed images. Some scenes have amazing depth of field. The sound was amazing, especially during the launch sequence.
続きを読む
14人のお客様がこれが役に立ったと考えています
違反を報告
レビュー を日本語に翻訳する

Jenster
5つ星のうち5.0 still epic, after all these years, the 50th anniversary (20/07/2019) prompted me to enjoy it again.
2019年7月31日に英国でレビュー済み
Amazonで購入
I remember enjoying this in the cinema, back when it first came out. But I couldn't remember the plot, it was just the feelings of excitement and suspense that had stuck with me - particularly as I'm a huge fan of the main cast.

I bought this because of the 50th anniversary, and I'm so glad I did. Great writing, great performances, and it helped me to understand what all the fuss was about with the space programme.

Also, it gives a context to the wonderful 2015 song "Go!" by Public Service Broadcasting (PSB). I know its about a different flight - "Go!" is Apollo 11 - but its still an ace track.

Btw, if you haven't seen PSB's late night Prom of their album, "The Race For Space" on the BBC (22/07/2019, at the Royal Albert Hall), definitely give it a watch! Hopefully, they'll also put it up on youtube at some point in the future.

I'm probably going to pick up Jim Lovell's book "Lost Moon", but unfortunately the "For All Mankind" documentary is a bit too pricey for me. Likewise Christopher Kraft's book "Flight: My Life In Mission Control" has sadly become over-priced since his recent passing.
続きを読む
3人のお客様がこれが役に立ったと考えています
違反を報告
レビュー を日本語に翻訳する

Leo Searle Hawkins
5つ星のうち4.0 Could have been a 5 star movie ...
2019年8月13日に英国でレビュー済み
Amazonで購入
While making a big fuss about dedication to historical and technical accuracy this film contains many inaccuracies and some sadly gratuitous emotional conflict (non-existent in the real events of Apollo 13). It is the false emotional conflict between the astronauts, as if the story itself was not dramatic enough, that forced me to drop a star. That said, this is still a brilliant film, so much so that I've watched it several times. Worth getting the special edition DVD with JIm Lovell's commentary if you want to separate truth from fiction.
続きを読む
4人のお客様がこれが役に立ったと考えています
違反を報告
レビュー を日本語に翻訳する

Sparky
5つ星のうち5.0 Phenomenal
2019年7月25日に英国でレビュー済み
Amazonで購入
Apollo 13 is a tremendous film. And because it is a true story of calamitous errors and inept design, but on the other side of the coin a fantastic dedication and perseverance by the ground based staff to work on every issue till they found the answers they needed and helped the three astronauts to find a way to get back to earth. And then the final moments of the re-entry silence for what seemed like a disaster lasting far too long to be good news had us all on the edge of our seats willing them to get home safely 50 years since the real journey took place.
続きを読む
2人のお客様がこれが役に立ったと考えています
違反を報告
レビュー を日本語に翻訳する

R H Warwick
5つ星のうち4.0 We have a problem
2019年5月12日に英国でレビュー済み
Amazonで購入
A very good film about something that was true.
I had read some not good reviews about this Disc, but I had no problems at all.
I don't know why I read these really bad reviews, even on well known films, and
I know the films are great. Some people just like to bad talk about films no matter
what others say
続きを読む
2人のお客様がこれが役に立ったと考えています
違反を報告
レビュー を日本語に翻訳する
すべてのレビューを参照します
トップへ戻る
Amazonについて
Amazonでビジネス
Amazonでのお支払い
ヘルプ＆ガイド
日本語ショッピングのための言語を選択します。 日本ショッピングのための国/地域を選択します。
© 1996-2020, Amazon.com, Inc. or its affiliates