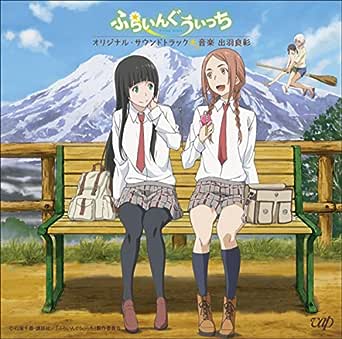 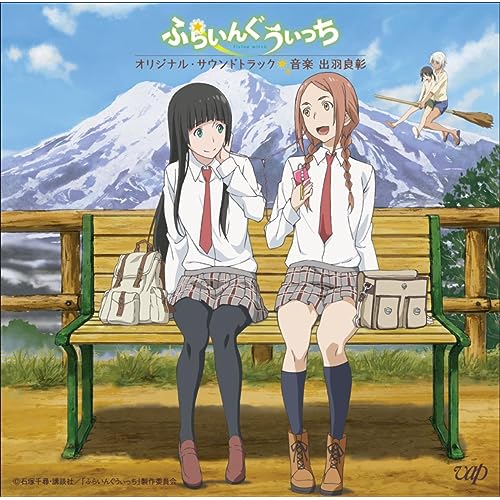 Steve
5つ星のうち3.0 They did the best they could with what they had
2016年9月22日にアメリカ合衆国でレビュー済み
Amazonで購入
Are you a fan of the anime Flying Witch? Then you'll probably like this CD, but be aware that half the tracks here cannot be found in the anime. On the other hand, if you are unfamiliar with the anime and are just looking for some interesting Japanese music you will find that most of the tracks are too simplistic, too Western, and there's only one J-pop style vocal.

The problem is, there's only three or four points in the whole series with anything like an extended musical sequence. The OP and ED, of course. The ED is on this CD (track 44), the OP is not, probably due to licensing issues (the series composer wrote the ED but not the OP). Then there's the music backgrounding the opening train and bus ride that bring Makoto into Aomori (track 2 on the CD), and the minute-long sequence in Episode 2 accompanying the arrival of the Harbinger of Spring (track 28 on the CD). Variations and extracts of these composition appear in a number of other scenes. Other than that, the music in the anime tends to come in short sequences of from 30 seconds or so, to as few as eight notes each. The CD extends most of these to a minute or a minute and a half. The way this is done is to start each track off with a teaser, referencing the anime tune, then transition to an extended introduction (in a vamp-'till-ready style), and finish with the music from the anime (e.g. track 17). Sometimes the lead-in contains all the anime bars.

Some of the tracks are variations on the original themes. Others are totally new compositions. While the anime music tends to have a country/folk feel to it, with acoustic guitar, flute and recorder, the variations, well, vary. Harp, honky-tonk, light jazz, all put in brief appearances, in many cases sounding somewhat new age, when it's not sounding turn of the century before last.

Other than the OP, all of the music is by Dewa Yoshiaki (出羽良彰). There's a total of 41 tracks and 72 minutes of music, plus three tracks of voice acting "mini-drama", with Makoto talking to her cat familiar Chitose. All told, you are probably paying $2/minute for music you can identify in the anime. I thought it was worth it. If you want to listen to excerpts from the various tracks, you can do a search for "ふらいんぐうぃっち CD" on the amazon.co.jp site.

I placed my order on the 16th, and Amazon Prime delivered it from Japan on the 20th. It was bubble-wrapped inside a bubble-wrap envelope, but the shippers still managed to break the hinge on the CD box.
続きを読む
7人のお客様がこれが役に立ったと考えています
役に立った
フィードバックを送信中...
フィードバックをお寄せいただきありがとうございます。
申し訳ありませんが、お客様の投票の記録に失敗しました。もう一度試してください。
違反を報告
レビュー を日本語に翻訳する

Cecilyn
5つ星のうち1.0 Extremely Disappointed... No Miwa's Opening Song
2016年10月9日にアメリカ合衆国でレビュー済み
Amazonで購入
I was expecting the opening song by Miwa to be included in this disk. It wasn't worth the $35 price to listen to the other music if they only included the ending song. They should have included the tracks' name and their translation.