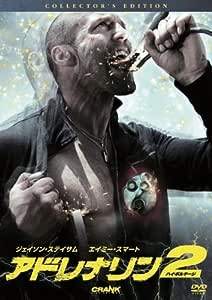 Meesha
5つ星のうち1.0 Until this gets reissued in a new format, don’t purchase.
2018年11月2日に英国でレビュー済み
Amazonで購入
I have held onto this film for quite some time, until I could get the first film at a reasonable price. I watched the first film, and then put on the second film.

I didn’t quite get met with The Blue Screen of Death, however, as you can see from the video and the other reviews, you get about 2 inches of off-centre screen to watch the film with. And let’s face it, no girl is impressed with 2 inches.

This is an ongoing issue guys. You’d think that with so many complaints against a blu ray that has been out since 2009, this would be pulled from sale, or reissued, or it would be fixed. I don’t see how this is still for sale. Thankfully Amazon has processed a full refund, no quibbles, and it’s only £5 (at the time of purchase).

Don’t purchase this. I await a re-release or a steelbook. Or a fix - I’m not holding my breath.
続きを読む
3人のお客様がこれが役に立ったと考えています
違反を報告
レビュー を日本語に翻訳する

Matt
5つ星のうち1.0 Do NOT buy, does NOT work on Bluray! You have been warned.
2018年1月14日に英国でレビュー済み
Amazonで購入
As others have stated, this bluray does not work. It starts to load, a small 2" screen pops up, and the movie tries to play in this. The disc looks used to me and was dirty on the underside. Like others have said I do believe this to be a copy or a second. Luckily Amazon refunded me but Amazon you need to remove this listing and seller from ebay because this is good for only one thing, the bin. This is the only bluray I have ever tried that's never worked and I have stacks here at home. Terrible seller.
続きを読む
3人のお客様がこれが役に立ったと考えています
違反を報告
レビュー を日本語に翻訳する

I collect Jason Stratham films so this was added to the collection. Having watched the first Crank and thought it was a good film, I was looking forward to watching Crank 2. What a let down. Basically the film goes along the same lines only, for me, a bit more far fetched. Portable battery power pack and how to keep it charged for your artificial heart for one and another the electricity station animation for another.

Left open for Crank 3? in the real world na, but hey, this is Crank.
続きを読む
1人のお客様がこれが役に立ったと考えています
違反を報告
レビュー を日本語に翻訳する

Mrs. Hatter
5つ星のうち5.0 Turn Up the Crank!
2015年10月25日に英国でレビュー済み
Amazonで購入
Like Crank 1 but better with more cranking-out. If you've seen the first one, you know what to expect and will love it. If you haven't seen the first one then you probably shouldn't even be reading this - go read the reviews for the first film and watch that first before getting this or you might risk being massively offended and disappointed depending on what you're expecting.

This is non-stop absolute carnage with a ridiculous story-line that only exists to string together the endless scraps, shoot-outs and general mayhem that follows Jason Statham around as he once against races against the clock for survival.
続きを読む
1人のお客様がこれが役に立ったと考えています
違反を報告
レビュー を日本語に翻訳する

P. Storey
5つ星のうち3.0 good bluray but beware!
2015年11月5日に英国でレビュー済み
Amazonで購入
WARNING you may need a Usb memory stick in your blu ray player to be able to play this! this is the second copy i bought thinking original was faulty but it turns out the disc has a common problem which can be resolved by putting a usb stick in at the back of blu ray player to extend memory. i have a sony blu ray player , never had this problem before. may need to connect blu ray to internet to update
続きを読む
3人のお客様がこれが役に立ったと考えています
違反を報告
レビュー を日本語に翻訳する
すべてのレビューを参照します
Amazonプライム会員ならお急ぎ便、日時指定便が使い放題
さらに、映画もTV番組も見放題。200万曲が聴き放題 。クラウドに好きなだけ写真も保存可能。
> プライムを無料で試す