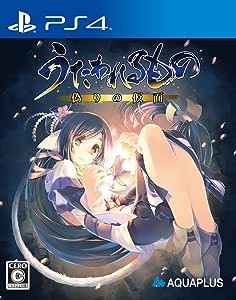 momoo
5つ星のうち4.0 A great trailer. 13 years has passed since the first one and this game keeps us waiting for the third one
2015年12月18日にアメリカ合衆国でレビュー済み
エディション: 通常版 Amazon限定無Amazonで購入
A great game on its own with a weird ending, however as the 2nd title of a 3 title series, this feels like a half baked effort. This is for the Japanese version but the same may well apply to the English version in the future. If you are the kind of person who don't what to wait for several months to know how the people in this story is doing after the ending, you might want to wait for several months first to get this title together with the next one.

First of all, the graphics are good and the music is wonderful. The CVs worked very hard and you can hear it throughout the game. And a lot of hidden information needs time to digest. So the game waste you no time for playing it the 2nd and 3rd times. I enjoyed playing this game, and before knowing its a stepping stone for the third one, I was uneasy about the ending. Luckily there's a third one.

So, if you never played the title 13 years ago or never watched anime 9 years ago, you will enjoy this game on its own with a very sad ending. The game flow is enjoyable and like the one from 13 years ago, the strategy part is fun (but significantly shorter). The story flows naturally throughout the game except the very end. The game also feels well finished except the ending until you played it for the second time when you'll notice the half-baked nature of this game.

The game OP song is fantastic on itself, much better than the OP song for the anime IMO, however it apparently was not made for this title. Some screen cuts in the OP revealed that this title is only part of the story the game wanted to tell, and the company cut the game into two pieces so they can release one part first and then the other later. (Maybe they deliberately left some traces for us to follow?)

The whole game takes about 35 hours to clear , and it starts with mysteries atmosphere. Then the majority part (90%) of this game happened in the capital city of Yamato, with stories of the characters and their relationships. The stories in the capital city was flooded with daily matters like going to the market and cooking... That doesn't feel weird until you reaches the ending of the story which is obviously a starting point for a war age, like the one in the first title released 13 years ago only bigger (also why the first title shined). And by ending there, the game suddenly feels boring and left a ton of questions unanswered. Where did the twins go? Is the female general (Munechika) still alive (the OP movie answered this)? Will the queen ever gets her voice back without the help of the main heroine (the OP movie likely answered this as well)?

Well, apparently AquaPlus wants us to figure these out by getting the third title from them. Smart ;-). And therefore, this game is ultimately a great trailer for the next title of this series. And hopefully they will give us a whole story next time.
続きを読む
4人のお客様がこれが役に立ったと考えています
違反を報告
レビュー を日本語に翻訳する