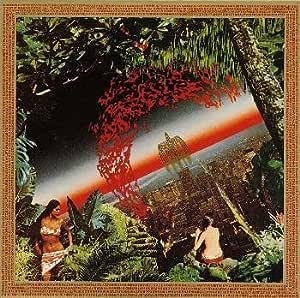 I would like to offer a perspective on Miles's trumpet sound during these albums.

There is one story about Miles at the time of the 1975 Agharta and Pangaea live recordings which was so touching. Chris explains the pain and pathos in his trumpet solos on these sessions were a real reflection of the actual body pain he was experiencing whilst playing. The conversation that followed when Miles came off stage was this; Chris said, "Miles, that had all the pain in the world in it." Miles turned to Chris and smiled and said, "It's supposed to." Now that is Miles living and performing in the moment.

DMV
5つ星のうち5.0 Underrated album showing yet another side of Miles' music
2003年3月15日に英国でレビュー済み
形式: CDAmazonで購入
The first of two albums taken from the same concert in 1975, the other being 'Pangaea.' They represent a full stop at the end of Miles'70s experiments before his five year 'retirement.' It had been arguably Miles' most creative phase of his career, and here, predictably, things are still changing and developing.
'Agharta' is probably the more approachable of the two records.
The sound is often dense, characterised by dual electric guitars and layers of percussion, as well as Miles' electric trumpet, frequently voiced through a wah wah pedal, adding a further dimension to his playing, as the harmon mute had for so long. Miles said he was looking for a 'deep African groove' and there is certainly something of that here, especially on the opening 'Prelude,' which is irresistably funky, with first Miles' trumpet then Sonny Fortune's sax dancing over the exuberant rhythm.
'Mayisha' is quieter, largely a feature for Fortune's excellent flute work.
On disc two, the tracks seem to me to be listed the wrong way round, as the opening of 'Interlude' is definately from 'Jack Johnson.' To avoid confusion, though, I will refer to them as they are tracklisted.
'Interlude' contains mood changes from fast and furious, to bluesy, to slow and eerie. Miles is on excellent form on this one.
'Theme from Jack Johnson' is a simmering, brooding piece mainly featuring the two guitarists, Miles on organ and Fortune on flute.
Miles' own trumpet playing has a fragile sound and tends to feature most in the quieter passages. As ever, his solos are spacious and inventive, sometimes mournful and reflective as on 'Jack Johnson' sometimes bluesy as on 'Interlude' and sometimes fast and lively as on 'Prelude.' He uses the wah wah pedal brilliantly to create echo, texture and atmosphere, letting the pedal in and out slowly over a note or phrase.
The contributions from the two guitarists are important, but not always appropriate. While the guitar work on 'Jack Johnson' is spot on, Cosey's solo on 'Prelude' is overly elaborate, harsh and abrasive. In contrast, Fortune doesn't put a foot wrong; his flute solos are dellcate and songful and his sax work both soulful and blistering.
All in all these are remarkable improvisations in a live setting with fine musicianship, and showing Miles to be as creative and forward thinking as ever, despite very poor health which led to his five years silence.
続きを読む
51人のお客様がこれが役に立ったと考えています
役に立った
フィードバックを送信中...
フィードバックをお寄せいただきありがとうございます。
申し訳ありませんが、お客様の投票の記録に失敗しました。もう一度試してください。
違反を報告
レビュー を日本語に翻訳する
その他の国際レビューを読み込む