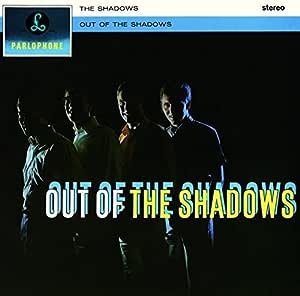 Ted Shepherd
5つ星のうち4.0 Nearly as good as it gets
2019年11月17日に英国でレビュー済み
Amazonで購入
I was 13 years old in 1962. The Shadows latest single Dance On was the first record I ever bought. A friend played me the Out Of The Shadows LP and I saved up all my pocket money in the following weeks (forgoing chocolate, which was a big sacrifice for me back then!) to buy my own copy. Not long afterwards I also bought The Boys EP. All featured their new drummer Brian Bennett and bassist Brian Locking (though I believe a couple of tracks on the LP were recorded when Jet Harris was still on bass but I do not know which (can anybody enlighten me?} By the time these records came out the Shads sound had moved on from their original twangy Apache/FBI sound which had probably run its course. The new sound was smoother and more varied. That was the sound I liked best (check also the EP Los Shadows as an excellent example}. I am now 70 years old and if anything enjoy and admire those old records even more. This is probably because I went on to learn to play the guitar up to a decent standard and could properly appreciate what they were doing. A few years on I could do all of Bruce's chord changes (and still can) which isn't bad. I didn't want to try to copy Hank partly because I couldn't afford a Stratocaster/Vox set up and all the gear that went with it but really because you can't copy a genius. Even back then I realised his tone and touch on the guitar and subtle manipulation of sound would require spending most of my life practising (probably to no avail). Elsewhere I have called Hank the poet of the electric guitar, There has been nobody else like him. Fancy making the electric guitar sound and play like a musical Instrument! The electric guitar is meant to make screeching and wailing sounds, isn't it? So why only four stars for this latest reissue? Simply because of the "bonus" tracks .They came from their earlier style and do not fit in with the rest of the album. They are just unnecessary space fillers. Bring out a high quality vinyl copy of just the original LP with the original notes and nothing else and I will happily buy it again. Yours sincerely a true Shads fan who really appreciates how good they were (and when only in their early twenties!)

John E
5つ星のうち5.0 Won a bet
2013年6月25日に英国でレビュー済み
Amazonで購入
Took me back to the early 60's I had been asked to name several Shadows numbers and when I mentioned one or two of the lesser know one I was told you are making these up. So I ordered this CD to prove that I was not and I won the bet. These are the real golden oldies of the shadows
続きを読む
1人のお客様がこれが役に立ったと考えています
役に立った
フィードバックを送信中...
フィードバックをお寄せいただきありがとうございます。
申し訳ありませんが、お客様の投票の記録に失敗しました。もう一度試してください。
違反を報告
レビュー を日本語に翻訳する

Stephen Rhodes
5つ星のうち4.0 Poor packaging.
2016年7月6日に英国でレビュー済み
Amazonで購入
The lp was excellent, sound quality as the original and surface noise good. However the record was delivered in its cover plus cellophane wrapping with just a label slapped on it. Luckily my copy was not damaged, but the cellophane could easily have been ripped and cover creased.and marked. Amazon clearly state that it would be shipped in substantial packaging. Otherwise 5 stars.
続きを読む
役に立った
フィードバックを送信中...
フィードバックをお寄せいただきありがとうございます。
申し訳ありませんが、お客様の投票の記録に失敗しました。もう一度試してください。
違反を報告
レビュー を日本語に翻訳する