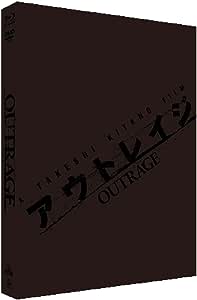 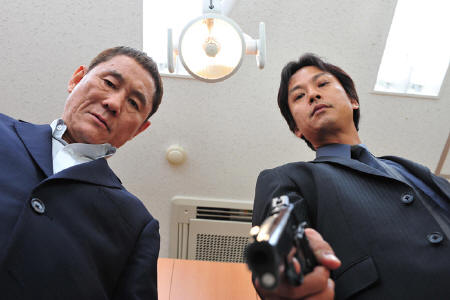 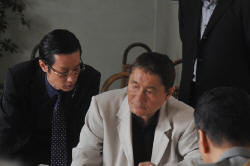 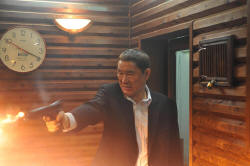 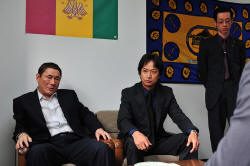 Trevor Willsmer
5つ星のうち2.0 Sporadically violent but relentlessly ordinary
2014年2月27日に英国でレビュー済み
Amazonで購入
Takeshi Kitano's straight-faced black comedy Outrage lives up to its title with the odd moment of extreme violence involving chopsticks, tongues and a bit of improvised dentistry that makes Marathon Man look like a walk in the park, but it's very much Kitano playing it safe on familiar turf, as relentlessly ordinary as it is sporadically violent. Worse, it doesn't have the ability to surprise or subvert expectations that made his reputation with gems like  Sonatine [DVD ]. Instead its stone-faced star, probably the only man to make Buster Keaton look over emotive, goes through the motions of this rise and fall saga that sees his Yakuza lieutenant involved in an escalating series of incidents that turns an attempt by his boss to make a show of contrition by apparently punishing a rival family he's made an unauthorised alliance with turn into a full scale gang war while the city's Yakuza chairman plays everybody off against each other to do a bit of housecleaning of potential rivals.

Kitano doesn't glamorise his Yakuza: they're untrustworthy - no sooner is an alliance made than it's broken - ruthless and engaged in a job without much of a future and only the odd moment of fun (mostly at the expense of an African ambassador they blackmail into turning his embassy into a casino). The trouble is that while it's occasionally outrageous and offers the odd subtle bit of corporate satire, it isn't especially funny for a black comedy while as a crime drama it's all very, very familiar. Some have compared it to his badly received  Brother [DVD] [2001 ], but where that felt like a film he really wanted to make, this feels like a business plan. It's solidly made, well cast and watchable enough if you're not squeamish, but it's like Kitano's just going through the motions on autopilot to get a safe commercial hit after more anarchic projects like  Takeshis' [DVD ] and  Glory To The Filmmaker (Import Dvd) (2012) Varios  didn't find much of an audience. In that it's successful, spawning a sequel, Beyond Outrage, but it's certainly not one of his most memorable films by a long shot.

Kitano's first scope film, the UK Blu-ray offers an okay but unexceptional 2.35:1 transfer with burned-in unremoveable English subtitles. The only extras are the US trailer and a rather badly transferred 18 minute collection of interviews with the supporting cast that has a surprisingly large number of digital glitches.
続きを読む
4人のお客様がこれが役に立ったと考えています
役に立った
フィードバックを送信中...
フィードバックをお寄せいただきありがとうございます。
申し訳ありませんが、お客様の投票の記録に失敗しました。もう一度試してください。
違反を報告
レビュー を日本語に翻訳する

R. Meredith
5つ星のうち4.0 More back-stabbing than a blind pathologist.
2012年5月23日に英国でレビュー済み
Amazonで購入
I went in to this film looking for Yakuza thrills and spills. I got them, and then some.

Some people have said it isn't up to Kitano's usual standard, but to my knowledge it has all the right elements: extreme violence, a reasonably complex story and some genuinely laugh out loud moments. I'll admit there isn't much of a heart to it - it wasn't very emotionally involving like 'Hana-bi' or 'Zatoichi', but that hole is filled with a dangerous mixture of tension and blood. So why expect anything more?

Kitano himself is totally cool, as usual. The rest of the cast also did a brilliant job.

col42
5つ星のうち5.0 WoW!
2015年1月17日に英国でレビュー済み
Amazonで購入
It was a little slow in getting started but when it does WOW! 'Beat' Kitano shows why he is one of the world's best directors with a tale full of twists and turns. It is up there with the best US gangster movies.
続きを読む
役に立った
フィードバックを送信中...
フィードバックをお寄せいただきありがとうございます。
申し訳ありませんが、お客様の投票の記録に失敗しました。もう一度試してください。
違反を報告
レビュー を日本語に翻訳する