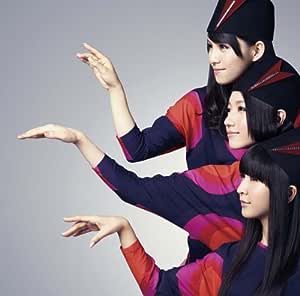 César Q.
5つ星のうち5.0 Love it!
2015年5月21日にカナダでレビュー済み
Amazonで購入
Love it!! I bought two of them and gift one. Don't doubt it if you're looking to buy it. Perfume is the best!!
続きを読む
違反を報告
レビュー を日本語に翻訳する

JMW123
5つ星のうち4.0 A Good Album
2012年1月16日にアメリカ合衆国でレビュー済み
Amazonで購入
My favorite song on this album is "Nee -Original Instrumental-." This song is obviously like "Nee" but instead of making it completely instrumental they kept the voice clippings in. I guess it is understandable considering that they are used like an instrument, since the voice clippings are the best part of the song it is nice to have them left in. The song "Fake It" is great but it has and annoying introduction so I usually just skip that part and listen to the rest of the song.

Tracks on this album: