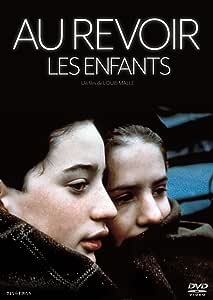 Bea
5つ星のうち5.0 A good classic French film on the second world war
2013年8月8日にカナダでレビュー済み
Amazonで購入
I bought this book as I needed a very good story in French during the war to discuss with my grade 9 students following the reading of the book "Un sac de billes" by Joseph Joffo. The story takes place during the second world war and takes place in a private school. It touched the students as it is the story of students of the same age. It is 90% from a true story. The students loved it. The subtitles are available in French and in English.
続きを読む
役に立った
フィードバックを送信中...
フィードバックをお寄せいただきありがとうございます。
申し訳ありませんが、お客様の投票の記録に失敗しました。もう一度試してください。
違反を報告
レビュー を日本語に翻訳する

NH
5つ星のうち1.0 Will not play on UK/European Blu-ray players
2013年6月3日に英国でレビュー済み
Amazonで購入
Be aware that this is a Region A Blu-ray Disc. It will not play on an unmodified UK or European Blu-ray player. I returned it and, to be fair to the seller, the cost was promptly reimbursed without question. Still I think there should be a more prominent warning of the compatibility problem - as there is on the equivalent DVD import from USA.
続きを読む
1人のお客様がこれが役に立ったと考えています
役に立った
フィードバックを送信中...
フィードバックをお寄せいただきありがとうございます。
申し訳ありませんが、お客様の投票の記録に失敗しました。もう一度試してください。
違反を報告
レビュー を日本語に翻訳する

Au revoir les Enfants is a semi-autobiographical story from director Louis Malle who was born in 1932 and lived through many of the events depicted on the screen. Because it's based on the truth, it has added meaning for the viewer. It's about school, friendship, racism and regret.

The story begins with a 15-year-old boy, Julien Quentin (Manesse), leaving his mother and taking the train to a Catholic boarding school. The school is run by monks and all of the students are boys. It's set in the 1940s during the German occupation of France. A new boy, Jean Bonnet (Fejtö), takes the bed next to Quentin.

Most of the students tease Bonnet and make his life a misery. As you have probably experienced, this is typical treatment for a new student in any school. In addition to the teasing, he finds that the water is cold, baths have to be taken in the local town, and air raids disrupt the lessons. Bonnet's life becomes more tolerable when a monk tells Quentin to befriend him without explaining why. After a while, Bonnet's ability in a wide range of school subjects such as music, math and French, earns Quentin's respect. The two become friends.

The portrayal of school life is realistic and reminds me somewhat of The 400 Blows. It gradually becomes clear that Bonnet has a secret. He claims to be a protestant and mentions that his father is a prisoner. Quentin searches Bonnet's locker and uncovers the secret, but he's not completely aware of its significance at the time.

When his mother visits, Quentin persuades her to include Bonnet on a trip to a local restaurant. She likes him although he doesn't say much. While they are eating, we are shown a group of collaborators harassing a Jewish man who simply wants to have dinner. Jews are not allowed in the restaurant. Quentin is puzzled by this treatment and isn't even sure what a Jew is and why they should be hated.

Quentin matures throughout the film and his awareness of events happening in his life increases. It's a coming-of-age tale of sorts, and the seemingly innocent existence of the students is overshadowed by something more sinister.

This sad tale will emotionally affect viewers who allow themselves to be drawn into the story. I can only imagine what Malle must have gone through in order to make it. Perhaps it was his way of confessing?

I don't want to reveal anything more as it might ruin the experience for anyone yet to see it.

Actress Irène Jacob made her film debut in the role of a piano teacher which ultimately led to her being noticed by director Krzysztof Kieslowski. As a result, he cast her in The Double Life of Veronique and Three Colors Red. Both films are essential viewing for film fans who enjoy stories encouraging thought and speculation.

Video Quality 4/5
Criterion's transfer is strong and has plenty of detail without ruining the intended look of the film. Instances of dirt, debris and scratches are kept to a minimum. The colors are particularly impressive despite the muted setting.

Audio Quality 4.5/5
This is a quiet film for the most part and the French LPCM 1.0 presentation is clear throughout. The subtitles for the French dialogue are properly paced and easy to follow, while any German spoken in the film is not supposed to be understood and is not subtitled.

Candice Bergen - Malle's wife for 15 years talks about his life and passion for film (14 minutes, 1080i)

Charlie Chaplin's The Immigrant - Talks about the reason for its appearance in the film (26 minutes, 1080i)

One of the best films of the 80s gets the Criterion Blu-ray treatment and the results are stunning. Buy it if you like emotional dramas.

Russell
5つ星のうち5.0 A Loss of Innocence is Truly Tragic
2009年11月17日にアメリカ合衆国でレビュー済み
Amazonで購入
Au Revoir les Enfants (Goodbye, Children) is a French film of profound sadness. The story is about Julien Quentin, a young French boy who must attend school in the countryside because Paris is not safe due to WWII. The opening scene with Julien saying goodbye to his mother says a lot about Julien's character. He can be mean yet at the same time, he shows incredible love and friendship to those dearest to him. While at the school, he meets Jean Bonnet, a mysterious boy who Julien cannot help but be curious about.

The title of the film says much about the themes present. As the film progresses, 12-year-old Julien learns about the tragic things in life. Unlike most other boys his age, the events surrounding the film cause him to grow up earlier than he is comfortable with. Childhood is an incredibly fleeting thing and to many of the characters in the film, it is even more so.

The strongest part of the film was the acting by Gaspard Manesse (Julien) and Raphael Fejtö (Bonnet). Julien initially takes a dislike to Bonnet, but they begin spending more time with one another, learning that despite differences in each other, they are able to get along and form a friendship that touches both of their hearts. A tragic yet innocent mistake late in the film leads to a heart wrenching and unforgettable ending.

Au Revoir les Enfants is one of the best films I've seen. It is intelligent and deep in its message. For me, the message is that war affects children unnecessarily and cruelly. Like the title implies, children are forced to grow up too quickly because of war. I do not know about other viewers but for me, childhood was a happy yet brief time. For children affected by war and violence, it is even shorter, and this film perfectly embodies the tragic consequences that follow. I cannot recommend a film more intensely than this. See and judge it for yourself.
続きを読む
20人のお客様がこれが役に立ったと考えています
役に立った
フィードバックを送信中...
フィードバックをお寄せいただきありがとうございます。
申し訳ありませんが、お客様の投票の記録に失敗しました。もう一度試してください。
違反を報告
レビュー を日本語に翻訳する

The extra includes an interview with Film Critic - Pierre Billard talk about the director - Louis Malle and shows some footage of the director others film. They is also a short interviewing with Candice Bergen, Louis Malle widow. The Director is dead on year 1995, age 63.