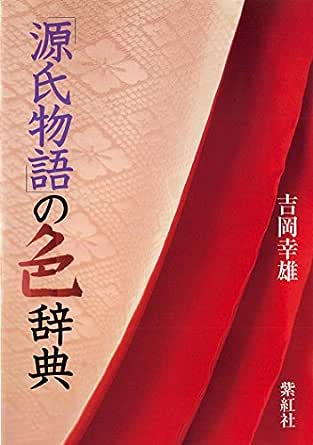 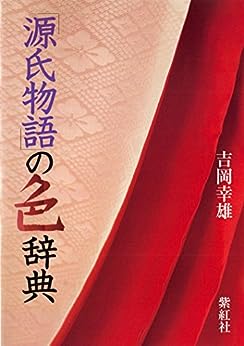 The Colour of ‘The Tale of Genji’源氏物語の色辞典

It is said that ‘The tale of Genji’ is one of the most honourable Japanese classical literature and has been read for 1000 years. When the tale was written by a talented woman called Murasaki Sikibu who served for the Empress at the Court, it was Heian era that the capital of Japan was in Kyoto.

The hero called Hikaru Genji (shining prince) who was born between the Emperor and his most beloved Kiritubo no Koui who was born as not so high rank clan.
Tragically, she was died when Hikaru Genji was three years old because of jealous and bullying from women of the seraglio.
However, Hikaru Genji grew up under the protection of his father Emperor. He was absolutely beautiful, talented and clever by nature so that is to say he was be equal anyone else.

This tale tells us Hikaru Genji’s love affairs, political strife at the Court, agony, prosperity, death and so on.
Moreover, we can see how men and women at the Court at that time who really adored the turning of seasons and scenery in Kyoto lived.
The Tale of Genji can also be said to be the natural history of the Heian era. --出版社のコメント(英語)

Yoshioka has read ‘The Tale of Genji’, consisted of 54 chapters, carefully and picked up description about colours from each chapter, for instant, what the princesses had to be wore each seasons, what colour people wore when their close relative passed away, what colour the Emperor could only wore and how they wrote their love letters on paper that was dyed suitable for the season and so on.

This book shows you the colour of the flourish Heian era and also you could feel Japanese craftsman’s spirit. --出版社から著者紹介(英語)